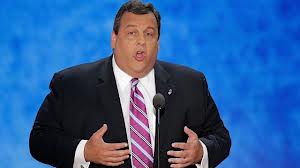 END_OF_DOCUMENT_TOKEN_TO_BE_REPLACED

A continuation of my love affair with Chris Christie:

A leader leading is something to behold.

Hat tip:  The Journal of the American Enterprise Institute

Good Work If Ya Can Get It

Wanna know why Unions are dangerous?

Because they are parasites.  They take and they take without providing value.

END_OF_DOCUMENT_TOKEN_TO_BE_REPLACED

From Sea to Shining Sea

It started in Virginia and moved to New Jersey.  After that, the momentum swept to Massechusetts [heh heh – dumb bitch misspelled her own state!].  But beyond that, the writing has been on the wall for some time now:

“We didn’t like the Republicans but this, THIS, is NOT what we had in mind!