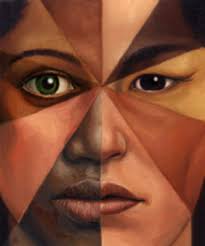 I have no such hubris, just my humble thoughts.

Borders have meanings.  The United States is wealthy because we embrace freer and more liberal markets than does Mexico or Venezuela or North Korea.  The laws we pass codify that relationship we have with such values.

When you pass the border between the US and Mexico you are protected by those laws we have passed.  In Mexico, literally 5 feet behind you, those protections may or may not exist.

We are a welfare state.

This is undeniable, and to the point that it is worthy of debate, such debate can be had elsewhere.  For this exercise, this is considered a priori.

The welfare state exits, at least in theory, for the betterment of its citizens.  It is the citizen* that contributes to the system that allows the existence of the social programs that we have in place.  If we have in place an open border state that is also a welfare state, that state cannot sustain itself.

We must be able to control for the reasonable crossing of our borders.

It is my contention that:

I firmly believe that people be as free as possible to come and go to the United States as possible.  Limits surly apply where reasonable expectations of assimilation are no longer sustainable.  Further, I think that all kinds of legal status are valid.  For example:

I see no reason why each and any of these conditions would require much more than a simple application taking not much longer than applying for a cell phone contract.  We need only check for a few simple characteristics:

No?  Come on in and Welcome to America!

Now, how do we do this?  We do this by monitoring the border.  And monitoring might look like a bridge in certain cases, a physical wall in others.  Maybe drones here and laser detection there.  Guards here.  Dogs there.  And maybe nothing over there.  It is reasonable that a nation that has borders control those borders and understand who come.  And then who goes.

Finally the Dreamers.  I don’t find a single person I know that doesn’t sympathize with those people who, as children, were brought across the border by their parents and are, for all intents and purposes, are Americans.  It is impossible to not grant them legal status.  Maybe they want to remain in America and never become a citizen. Maybe they dream of going back to their native country.  Or, perhaps they wanna become a citizen.  All good.  Stay for awhile, stay for ever or, or, become one of us.

But if we’re being honest, we need to be honest.  The moral case for immigration and the Dreamers is fairly straight forward.  But not for a second do I believe democrats are ignorant of the fact that they believe such demographics will provide them a steady stream of voters.  Politics is politics.  And as such, we have to face the fact that this comes with a cost.

We have to stop the Dreamer’s parent from coming illegally in the first place.  The ‘wall’, as described above, needs to be built.

This entry was posted in Immigration and tagged DACA, Wall. Bookmark the permalink.