Today President Obama protected Fast and Furious documents by issuing Executive Privilege.  I don’t have any knowledge of what this really is so I did a little digging around.

Turns out that our current President is not alone in such actions.  For examples of recent such occasions we learn that Dubya used this power 6 times and President Clinton 14.  Obama certainly isn’t walking down a path not already well worn.

So, what IS Executive Privilege?

The right of the president of the United States to withhold information from Congress or the courts.

Interesting to note that this very succinct definition simply states that that the president may withhold information.  Not one word about the type of information.

A slightly longer but still rather short explanation followed:

The Constitution does not specifically enumerate the president’s right to executive privilege; rather, the concept has evolved over the years as presidents have claimed it. As the courts have ruled on these claims, their decisions have refined the notion of executive privilege and have clarified the instances in which it can be invoked. The courts have ruled that it is implicit in the constitutional Separation of Powers, which assigns discrete powers and rights to the legislative, executive, and judicial branches of government. In reality, however, the three branches enjoy not separate but shared powers, and thus are occasionally in conflict. When the president’s wish to keep certain information confidential causes such a conflict, the president might claim the right of executive privilege.

Again, this seems to offer broad applicability and mentions nothing that the information be directly related to the President himself.  Rather, he can restrict the release of information within the executive branch.

In fact, to this end, the concept of Executive Privilege morphed during Eisenhower:

However, this does not totally remove the shadows of doubt in Obama’s actions.  While the precedent for restricting the release of information goes back to Washington, it did so with a spirit that doesn’t exist today:

The term executive privilege emerged in the 1950s, but presidents since George Washington have claimed the right to withhold information from Congress and the courts. The issue first arose in 1792, when a congressional committee requested information from Washington regarding a disastrous expedition of General Arthur St. Clair against American Indian tribes along the Ohio River, which resulted in the loss of an entire division of the U.S. Army. Washington, concerned about how to respond to this request and about the legal precedent his actions would set, called a cabinet meeting. Although no official record was kept of the proceedings, Thomas Jefferson described the deliberations in his diary. The participants, Jefferson wrote, concluded that Congress had the right to request information from the president and that the president “ought to communicate such papers as the public good would permit & ought to refuse those the disclosure of which would injure the public.” In the case at hand, they agreed that “there was not a paper which might not be properly produced,” so Washington provided all the documents that Congress had requested. This event, though notable as the first recorded deliberation concerning executive privilege, did not carry precedential value until after 1957, when Jefferson’s notes were discovered. In 1958, Attorney General William P. Rogers cited Jefferson’s remarks as precedent for an absolute presidential privilege. Legal scholar Raoul Berger declaimed Rogers’s arguments as “at best self serving assertions by one of the claimants in a constitutional boundary dispute.” Instead, Berger argued, Washington’s willingness to turn over the requested documents shows his recognition of Congress’s right to such materials.

I’m sure Obama’s move is going to enrage the right for some time.  For me, I’m certain that he made this move for political reasons and not for legitimate ones.  For reason, he didn’t restrict this information until the day of the vote for contempt of Holder.  However, Obama certainly isn’t breaking with precedent and is only playing by the rules established by his predecessors.

If you are angry by this move, it would be an example of failing to offer objection to the growth of government power when that power was in “your guy’s” hands.

Make no mistake, I’m distressed by this move made by Obama.  I think it’s motivated by politics alone and is despicable.  But he’s not doing anything that hasn’t been done, and approved of, before. 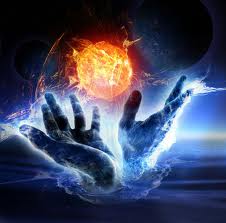 END_OF_DOCUMENT_TOKEN_TO_BE_REPLACED

I posted on an earlier story about media bias.  However the main point of the story was missed in the bias stuff; the fact that the US government lost $1.3 billion.

THAT is a lot of money.

Never to be seen again.

But the government bailing out the auto industry was a good idea, right?

We Need To Increase Revenue

I’m beginning to resonate more and more with this, so, for this sake, I’ll stipulate.

We need to raise revenues.

END_OF_DOCUMENT_TOKEN_TO_BE_REPLACED

There are some good things in California.  For example, I can think of two:

2.  That little corner store on Inter-State 8 East just before you hit the Arizona line.  How can’t you like the last thing in California?

But seriously, California must be a nice place to live.  It HAS to be, or so many otherwise sensible people wouldn’t live there.

But that doesn’t mean business find it a nice place to live.

END_OF_DOCUMENT_TOKEN_TO_BE_REPLACED

Too Much Government Regulation

Think government can fix all our problems?

Even if it can’t fix ’em ALL, folks STILL think that government can generally do better than the public sector can do.  Why this is true baffles me.  Some folks claim that corruption reigns supreme in the private sector and is therefore blemished.  Other folks think that profit reigns supreme in the private sector [and I think it does] and THAT makes the system inefficient.

And here is proof via Coyote Blog.

For a few years, Mike Haege’s sister lived in north Minneapolis. He knows the neighborhood at least a little bit, and when a tornado tore through the area on Sunday, May 22, he took notice.

On the news he saw trees strewn about lawns and streets. Then inspiration struck. He wanted to help. His schedule for Monday, May 23, was wide open. And, since he operates Custom Cut, a tree trimming business here, he figured his services could be put to good use.

Now check this out:

END_OF_DOCUMENT_TOKEN_TO_BE_REPLACED

When You Bed With Leftists Expect Leftist Reactions: California and Facebook

Cause if you ain’t, life is a bitch!

California SB 242, proposed by Sen. Ellen Corbett, would force social networks like Facebook to allow parents access to their child’s account(s) and, more importantly, force all privacy settings to their maximum level by default. Parents can request that images or text be removed from any social network page “upon request … within 48 hours upon his or her request.”

Here’s the interesting part: any social network failing to perform these duties will get hit with a $10K fine per incident.

10k a pop.  Can you imagine what the folks at facebook.com are thinking as they read this news?

The details are incredible.  The chance of fraud unreal.

I just hope that Facebook can learn a valuable lesson here.

Facebook to allow parents access to their child’s account(s) and…request that images or text be removed from any social network page “upon request … within 48 hours upon his or her request.

Go ahead Zuck, tell me how “cool with that” you are now!

END_OF_DOCUMENT_TOKEN_TO_BE_REPLACED

If you needed further proof that the whole GM bailout thing was anything but political, you can check out the most recent news from Washington:

The U.S. government plans to sell a significant share of its remaining stake in General Motors Co. this summer…

On the other hand, it’s kind’of a bummer.