I have to admit that I tuned into the debate late; I was watching the football game and only was able to play catch up.  Additionally, I admit to being a member of the “Ryan is going to kick his ass” club after the Romney-Obama debate last week.

The take away from the Presidential debate was that Obama didn’t call out Romney on perceived lies and that he didn’t exert himself in regards to the moderator.  Further, I get the feeling that folks didn’t think that Obama “spoke to them.”

Biden delivered on all accounts.  Joe was aggressive, he called bullshit when he saw it [right or wrong] and he drove the conversation.  Further, it is clear, starkly clear, that Biden has two advantages over Ryan:

Obama was criticized for letting Romney control the conversation, for “lying” and for being less than aggressive.  Biden rang the bell on all counts.

I think people will resonate with that.

With that said, Biden looked like a fool; he was openly laughing and smirking the entire time.  He played the part of the ass.  It turned me off, but the rest of the folks?  We’ll see. 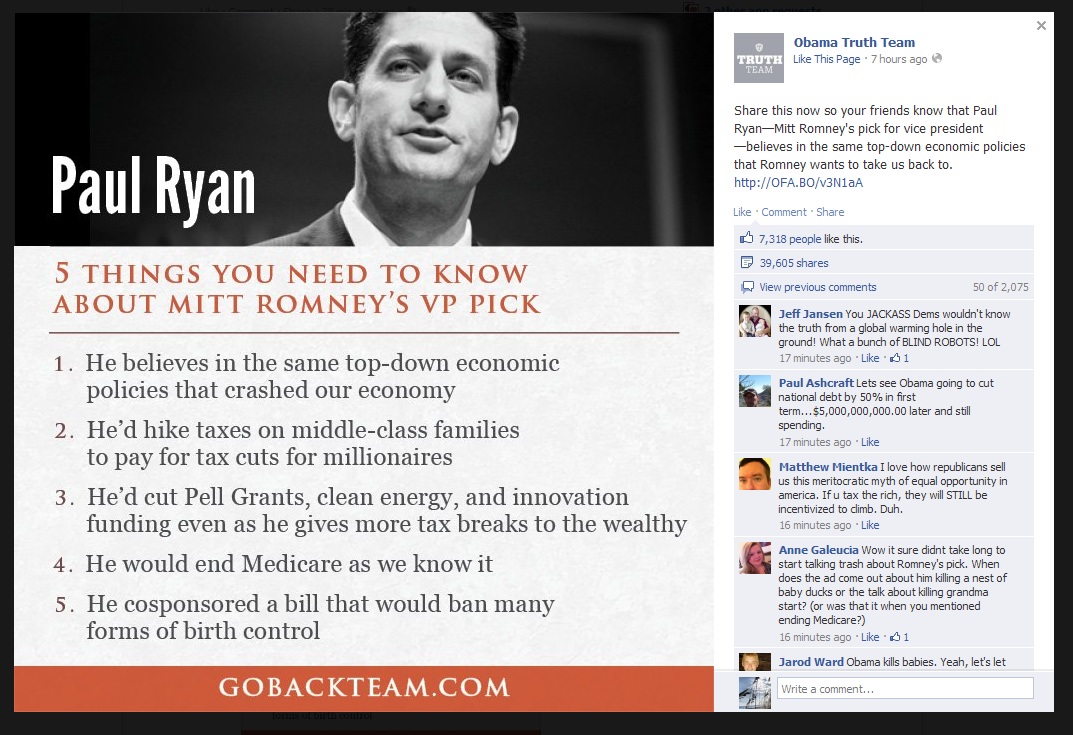 Romney Picks Ryan And Other Stuff To Think About 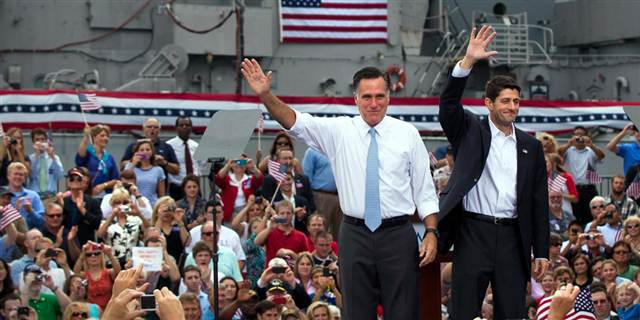 So he picked Ryan.  I think it’s a fine choice but maybe not the strongest one he could have made.  I’m glad that he didn’t pick Rubio.  Rick is too new, is only a Senator and really would have smacked to pandering.   The other pick I was afraid of was Rice.  I like her but she would have been a massive gamble.  She’s pro-choice -which is what it is- and that would have turned off a ton of the base.  Further, she could be seen a doubly pandering.

I would have preferred a governor.  Paulenty, Christie, Daniels, Jindal or McDonnell.  I think any of those 5 would be solid solid picks.  [If Obama wins the Republican primary is going to be an All Star team].

I think Ryan brings a conservative Tea Party rock and roll star, he brings youth and enthusiasm and brings a degree of expertise in matters financial.  However, he also brings the Ryan plan.  A plan that has been an easy target for democrats.  And a plan that may negatively sway indies and the elderly.

Will he make a difference?  Probably not.  But if his team can influence the Romney team that you have to be a little looser, a little more hip and a little bit more aggressive, then that would be a good thing.

Additionally, a few things are also clear.  In the coming days and for the rest of the campaign we’re gonna hear the democrats roll out all kinds of ads and speeches on the following themes:

It should promise to be a great campaign!

Most certainly, however, I am sure they are not alone.  But I can’t blame ’em.  Really.  They’re just a victim of the tribalism going on in Washington.

So, specifically, Democrats labelled Paul Ryan’s Medicare plan as one that would “end Medicare as we know it.”  And they defend this statement thusly:

“The very definition of the Medicare program is a national health insurance program for seniors which House Republicans would abolish under their budget,” the Democratic Congressional Campaign Committee said in an earlier rebuttal of Politifact’s analysis of the Ryan plan.

“It seems foolish to have to parse the meaning of the word ‘end,’ but if there’s a program, and it’s replaced with a different program, proponents brought an end to the original program,” liberal blogger Steve Benen wrote at the Washington Monthly. “That’s what the verb means.”

Okay, but the silliness is obvious.  Using this logic any time any program is changed, even by the slightest bit, the old existing plan would “end” and the new plan, complete with all it’s new language, would be the new plan.

Wanna increase the speed limit on I-40 from 60 to 65?  Okay, but be prepared to defend how you are “ending the federal interstate program as we know it.”

And I am not alone.  Politifact has named the Democrats charge the “Lie of the Year”.

Republicans muscled a budget through the House of Representatives in April that they said would take an important step toward reducing the federal deficit. Introduced by U.S. Rep. Paul Ryan of Wisconsin, the plan kept Medicare intact for people 55 or older, but dramatically changed the program for everyone else by privatizing it and providing government subsidies.

Democrats pounced. Just four days after the party-line vote, the Democratic Congressional Campaign Committee released a Web ad that said seniors will have to pay $12,500 more for health care “because Republicans voted to end Medicare.”

Rep. Steve Israel of New York, head of the DCCC, appeared on cable news shows and declared that Republicans voted to “terminate Medicare.” A Web video from the Agenda Project, a liberal group, said the plan would leave the country “without Medicare” and showed a Ryan look-alike pushing an old woman in a wheelchair off a cliff. And just last month, House Minority Leader Nancy Pelosi sent a fundraising appeal that said: “House Republicans’ vote to end Medicare is a shameful act of betrayal.”

After two years of being pounded by Republicans with often false charges about the 2010 health care law, the Democrats were turning the tables.

Now, PolitiFact has chosen the Democrats’ claim as the 2011 Lie of the Year.

Go read the whole thing.  There are worse things to do on December 20th.

The Middle Class – Part I

For a long time now I’ve been interested in “The Middle Class”, or as I call it, The Big MC™ .  What it is, what it means and how it’s been used over the years. My fascination comes from two sources; my own personal experience and then the use of The Big MC in today’s Liberal shaping of the term.

America’s greatest allure is that through the promise of Liberty any individual is able to achieve that goal of leaving the days of back breaking labor to the days of our fathers and giving a better life to our children. It is our birthright as a nation that our citizens are able to have a better tomorrow rather than a better yesterday. It’s our hope, our collective yearning, that our drive to and from the salt mines will bring better days, has framed our national dialogue.

It is both ironic and horrifying that the same should be used as a wedge to drive us apart and serve to prevent that very dream from it’s manifest.