New day, new president. Depending on your specific team and taste, this is either good news or bad news. Personally, I am hoping for a break in the incredibly visceral reaction to the recent individuals in presidential politics. From Barack to Hillary to The Donald.

Biden is a welcome dose of vanilla.

Let’s start with one of hi big initiatives that he wants to launch Day 1.

On first blush, that’s a fantastic goal. 100 million. 100 days. Very nice repetitive touch of rhetorical skill. The goal is measurable. The goal is soon enough that there is a built in element of urgency. And the idea of the vaccine being rolled out to that many folks gives us hope that we can one day see COVID in the rear view.

But, there is also an element in the goal, and in the news surrounding that goal, that the Biden administration is somehow taking on a Trump vaccine infrastructure that is failing and transforming it into an efficient machine; something that Biden but not Trump, can accomplish.

As I mentioned, 100 million in 100 days is catchy and impressive sounding. Added to that is the notion that it’s a goal the Biden administration is setting for itself to somehow save us from the Trump administration. While there have been problems with the rollout of the vaccination, it would seem that Trump’s mishandling of the vaccination is even more far reaching than many would have guessed: Germany is struggling with their vaccine rollout.

So, how is Trump doing? Reports are that he’s not been doing well:

The rapid expansion of COVID-19 vaccinations to senior citizens across the U.S. has led to bottlenecks, system crashes and hard feelings in many states because of overwhelming demand for the shots.

Mississippi’s Health Department stopped taking new appointments the same day it began accepting them because of a “monumental surge” in requests. People had to wait hours to book vaccinations through a state website or a toll-free number Tuesday and Wednesday, and many were booted off the site because of technical problems and had to start over.

In California, counties begged for more coronavirus vaccine to reach millions of their senior citizens. Hospitals in South Carolina ran out of appointment slots within hours. Phone lines were jammed in Georgia.

“It’s chaos,” said New York City resident Joan Jeffri, 76, who had to deal with broken hospital web links and unanswered phone calls before her daughter helped her secure an appointment. “If they want to vaccinate 80% of the population, good luck, if this is the system. We’ll be here in five years.”

Ouch. But, while narrative is interesting, I’d like to see the numbers:

More than 11.1 million Americans, or over 3% of the U.S. population, have gotten their first shot of the vaccine

The AP article is dated January 14th. The CDC keeps track of vaccine rollout data. Here is a snapshot from today:

More than 11.1 million Americans, or over 3% of the U.S. population, have gotten their first shot of the vaccine, a gain of about 800,000 from the day before, the Centers for Disease Control and Prevention said Thursday.

While team Biden has done a nice job of articulating a goal, the fact is that team Trump likely is already on pace to meet and surpass that goal already.

Well, it’s over. The great Biden Trump heavy weight bought has come and gone and Biden will be the next President of the United States of America – followed closely by Kamala as Biden is replaced within a year and a half. Going in, I was sure that we were gonna see a blue wave. I’m proud to report that we saw barely a ripple.

While Biden is gonna win his win is much less telling than we all thought it gonna be. There is no mandate. There is no massive shift. In ideology or makeup of the institutions. The House came back to the republicans enough that Pelosi may lose her gavel and the Senate remains firmly in the hands of Cocaine Mitch.

Here in Carolina the republicans retain control of the government even while Cooper will get 4 more years. This as we elect the first black Lt Governor in the state with the Republican Robinson.

So, I’m mixed on Trump. He’s a repulsive human being but he governed as a true conservative – mostly.

And now that we have a democrat in office, covid is cured. 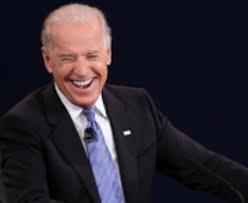 I have to admit that I tuned into the debate late; I was watching the football game and only was able to play catch up.  Additionally, I admit to being a member of the “Ryan is going to kick his ass” club after the Romney-Obama debate last week.

The take away from the Presidential debate was that Obama didn’t call out Romney on perceived lies and that he didn’t exert himself in regards to the moderator.  Further, I get the feeling that folks didn’t think that Obama “spoke to them.”

Biden delivered on all accounts.  Joe was aggressive, he called bullshit when he saw it [right or wrong] and he drove the conversation.  Further, it is clear, starkly clear, that Biden has two advantages over Ryan:

Obama was criticized for letting Romney control the conversation, for “lying” and for being less than aggressive.  Biden rang the bell on all counts.

I think people will resonate with that.

With that said, Biden looked like a fool; he was openly laughing and smirking the entire time.  He played the part of the ass.  It turned me off, but the rest of the folks?  We’ll see.

Maybe we can cut ’em a break.

Then I happened to hear the comments:

Dood.  Biden slipped into the cadence.  He took a whole new tone and accent.  His arms raised as if he were a preacher.  His pause is reminiscent of a preacher.

He meant chains in the sense that in the past, white people used chains to control black slaves.

He had the tone, the timber, the cadence and the theatrics. 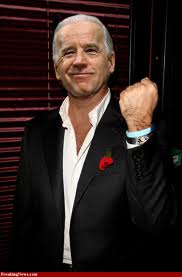