It’s Jobs And The Economy Stupid

But America wants him to focus on fixing the economy and bringing more jobs:

Nearly every major poll indicates that the top issues for voters are jobs and the economy. Making the wealthy pay more in income taxes? Not so much, at least according to a new USA Today/Gallup poll.

An excerpt from Gallup:

“Creating good jobs, reducing corruption in the federal government, and reducing the federal budget deficit score highest when Americans rate 12 issues as priorities for the next president to address. Americans assign much less importance to increasing taxes on wealthy Americans and dealing with environmental concerns.”

In fact, higher taxes for the rich was given the lowest priority of the dozen issues, Gallup reports.

After a number of other issues, it jumps down to “dealing with environmental concerns, such as global warming,” (21 percent). The same percentage — 21 percent — cited “increasing taxes on wealthy Americans” as an extremely important issue.

The poll would seem to indicate that the fairness arguments made by President Obama and his campaign aren’t top concerns for voters.

I think this is spot on for two reasons:

But that’s probably just me talking, not the folks who support our President:

What’s really striking about the poll results is that not only was this true of voters in the aggregate but of self-identified Obama voters, too.

Among Obama supporters, only 32 percent said raising taxes on the wealthy should be a top priority of the next president. That also put it dead last on the list of 12 issues among that demographic.

Well, maybe America HAS got it right.

Obamacare’s Taxes And The Impact On Jobs 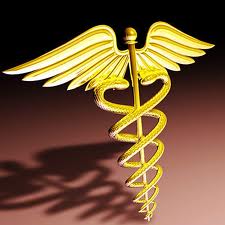 Romney says that he knows why jobs come and why jobs go.  Obama doesn’t.

Barack Obama feels a sense of charity.  And he thinks that government should act on that charity.

Are there people who get sick or hurt and can’t afford their care?  Well, by golly, the government should step in and perform that charity.

But when he realizes that people respond in rational ways, he becomes confused and then angry.  “Why won’t people just DO the right thing?  Why won’t they accept the added burden of Barack’s charity and continue to hire?”

Cook Medical claims the tax on medical devices, set to take effect next year, will cost the company roughly $20 million a year, cutting into money that would otherwise go toward expanding into new facilities over the next five years.

“This is the equivalent of about a plant a year that we’re not going to be able to build,” a company spokesman told FoxNews.com.

He said the original plan was to build factories in “hard-pressed” Midwestern communities, each employing up to 300 people. But those factories cost roughly the same amount as the projected cost of the new tax.

“In reality, we’re not looking at the U.S. to build factories anymore as long as this tax is in place. We can’t, to be competitive,” he said.

This is why companies move jobs overseas.  The government forces the price of labor to the point that such labor isn’t competitive.

By the way, to answer the question above, “Why won’t they accept the added burden of Barack’s charity and continue to hire?”  I suspect that he would say that they are greedy.

From my local news source, the AP announced:

This was announced at 06:58 AM this morning.

I sure do hope the economy continues to recover.  I say this knowing that it will buoy an Obama election effort, however, it’s time for the uncertainly in the nation’s economy to shift to robust growth.

With that said, I am not sure this current recovery will be either long lived or robust. 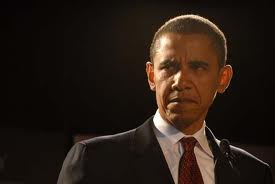 And when we can accomplish that with the added benefit of creating jobs, all the better.

But the DNC won’t allow it.

END_OF_DOCUMENT_TOKEN_TO_BE_REPLACED

However, I will admit that there is a line.  Independent of what side of the “regulation debate” you come from, an earnest party to such a debate must realize that a couple of things:

So, I get the point that taken to far, my position could become an extreme one, and unsustainable.  I happen to think that’s the “feature” of the way in which we build our laws; no one person gets to decide.  However, be that as it may, the point this morning isn’t to try and debate whether certain regulation is too much or too little, rather, it’s to point out the impact of regulations once applied.

Consider, for example, a recent letter from the EEOC, The Equal Employment Opportunity Commission, regarding the requirement of a high school diploma for employment:

The “informal discussion letter” from the EEOC said an employer’s requirement of a high school diploma, long a standard criterion for screening potential employees, must be “job-related for the position in question and consistent with business necessity.” The letter was posted on the commission’s website on Dec. 2.

Employers could run afoul of the ADA if their requirement of a high school diploma “‘screens out’ an individual who is unable to graduate because of a learning disability that meets the ADA’s definition of ‘disability,’” the EEOC explained.

Independent of whether or not one agrees with this direction from the EEOC, that is, not being within the rights to require a high school diploma for employment, the fact remains unequivocal:

The “regulation” will result in fewer jobs.  Employers hiring for low skilled or entry level positions will be that much more leery of facing a discrimination lawsuit than they may otherwise have prior.  And THAT will result in some of them delaying or outright canceling of a job opening.

The result of very well intention and noble altruism is that the new law, rule or regulation will cause more harm to and discriminate against the very target population that it was meant to assist.  This is true in exactly the same way and measure as minimum wage laws harming the very people it attempts to help.

There’s been a lot of talk about the lack of a jobs bill to come out of Washington.  In the campaign of 2010, the mantra of “jobs, jobs, jobs” was heard from The Coast of Carolina to the coast of California.  Of course, we know how that election worked out.

Horribly for the Democrats.

Since then, any legislation by the Republican House that doesn’t deal directly with “jobs, jobs, jobs” has been derided by the Left as some sort of betrayal to the people.

Wanna pass a bill that talks about abortion?  Wanna discuss legislation that speaks to immigration?  All impossible under the chorus of mockery from the Left claiming that the Republicans haven’t passed a single jobs bill.

The Speaker of the House disagrees that his chamber has been silent:

House Republicans have worked throughout the year to implement the Pledge to America, our governing agenda focused on removing government barriers to private-sector job creation, and later this year built on the Pledge by putting forth an expanded jobs agenda, our Plan for America’s Job Creators.  Our new majority has passed more than a dozen pro-growth measures to address the jobs crisis. Aside from repeal of the 1099 reporting requirement in the health care law, however, none of the jobs measures passed by the House to date have been taken up by the Democrat-controlled Senate.

However, even with all of that aside, last night was illustrative:

Thursday night, there were a couple Democratic defections on Obama’s jobs measure. And despite a veto threat from the White House, 10 Democrats voted for a GOP alternative.’

The Democrats brought up a jobs bill in the Senate.

Then the Republicans brought up a jobs bill.  Every single Republican voted for it.  AND 10 Democrats joined ’em.

It was defeated, 57-43, due to Democrat obstruction.

I find it fascinating that the Republicans garnered more bi-partisan support for a jobs bill in a Democrat Senate than the Democrat President was able to muster.

I posted this just about one year ago:

Students Demanding That We Tax The Rich

He neither could nor would. And the great debate rages.

END_OF_DOCUMENT_TOKEN_TO_BE_REPLACED

Last night the President gave a speech.  In it, he described what his plan to help our economy is.  In my opinion, he needed to accomplish several critical items.

The nation has grown weary of the same language and same ideas that this administration has pout forth to date.  What Obama is sellin’, no one is buyin’.  No one believes that spending more and more money that we don’t have on programs like roads-bridges, schools and hospitals is the answer to our nation’s problems.  I think that we knew this back when.  Back when Obama first recommended this strategy.  We simultaneously knew AND hoped.  It’s why none of us are very surprised that we are today where we were 3 years ago.

Since the day he’s taken office, think “The Office Of The President Elect” bullshit, Obama has made it clear that he will do it his way.  He’s commented that “I won” during negotiations.  His actions, and quite frankly his naiveté, have demonstrated that if he only uses more words and passion, he’ll succeed in swaying his opposition.  Personally I suspect that this is what him positions of prestige in the worlds in which he has lived.  In the Halls of Ivy I feel that rhetoric and Grand Ideals are the coin of the realm.  Not actions and results.

Thoughts, not measurable metrics, are what these men trade on.

It didn’t.  It was a yawner.  Everything from the “Pass it Right Away” nonsense to the worn out “pay their fair share” nonsense, the feeling was an overwhelming, “been there, done that” take away.  This didn’t move the soul.  This speech didn’t reach into the heavens and grab you just right there.  This speech was more of a lecture.  Something that you wanted to be over, not hear more of.

For the first time, Obama’s skill in oration failed him.  If I didn’t know better, it was as if even he didn’t believe it.

Rather than be any of these things, it was none of them.  He didn’t present anything new, bi-partisan or energizing.  You could have taken random 35 second clips from any of his other speeches, strung ’em together for 34 minutes and done just as well – even better.  At least during those speeches, Obama himself believed what he was saying.

The facts are this:

I’ll leave you with this detail.  Obama implored lawmakers to “pass it right away”.  Yet he couldn’t be bothered to present anyone with the bill itself, saying only that he would deliver something a week from Monday.

Anything I Can Do You Can Do Better…

However, for this purpose, it provides an interesting illustration.

Raleigh, N.C. — Businesses, cities and counties in North Carolina are going to have to start checking the immigration status of new hires.

Gov. Beverly Perdue on Thursday signed into law a bill directing employers to use the federal government’s E-Verify system to prevent illegal immigrants from landing jobs. The legislation makes exceptions for companies that employ fewer than 25 people or which use seasonal workers.

Gov. Bev Perdue has vetoed a controversial proposal to require voters to show photo ID at the polls.

If you are a business and wanna  hire someone, you have to check and verify valid ID and legal status.

If you are a government and wanna protect the right that thousands have died to protect – not so ‘effin much.

I am shamelessly lifting this AWESOME cartoon from Mr. Mitchell, a Senior Fellow at the Cato Institute.