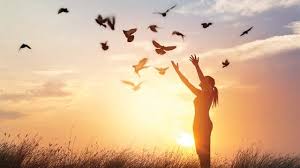 Government has no place in the market.  In so much that the government needs to spend money on things that constitute the proper role of government, there is nothing that the State does that is expressly efficient.

The State is unable to address the needs and/or wants of the populace well enough to signal an efficient use of scare resources; resources that have alternative uses.  The government can, by force of gun or sword, dictate where money is spent, to be sure.  But that government has neither the ability or will to intuit that “will of the people who is the mark of a dynamic market.

It means the government is incapable of spending your money better than you are.

END_OF_DOCUMENT_TOKEN_TO_BE_REPLACED

I recently posted about my experience with plumbers and gutter guys.  I discovered that plumbers were horrible at communicating, showing up on time, being proactive and delivering.  Gutter guys, on the other hand, not only call ahead to confirm appointments, show up 5-10 minutes early and deliver quotes on time.  They also include the added benefit of bringing the beer.

Both professions are being hammered by the recession.  And you can make the argument that the gutter guy is hit harder; his is a discretionary expense.  Both need the work and as groups, should be equally motivated.  They weren’t.

One is a licensed and regulated industry.  The other isn’t.

END_OF_DOCUMENT_TOKEN_TO_BE_REPLACED

I see it all the time.

END_OF_DOCUMENT_TOKEN_TO_BE_REPLACED

In my line of work I out a lot of fires.  For many many years, I was on call 7 by 24.  7 days a week.  I took my laptop with me to the beach for 9 days when I got married.  My daughter was 14 days old when we went to the hospital with her; I was on the phone with a client during her stay.

END_OF_DOCUMENT_TOKEN_TO_BE_REPLACED

So Much For The GM Love

So the other day I gushed about my man crush with GM.  I love Chevy and have always rooted against Ford.  But with the government bailout of GM and the destruction of 100 year old bankruptcy law by the administration, I left my love on the side of the road and embraced Ford.

I was only too happy to have GM pay back their money.

END_OF_DOCUMENT_TOKEN_TO_BE_REPLACED

How To Sell Less Beer: And Lose Money Doing It

Okay, so, let’s say we own a bar.  And we sell, among other things, beer.  And we need the revenue we bring in from the sale of beer to buy things we like, need and want.  Here is how you DON’T increase that revenue.

END_OF_DOCUMENT_TOKEN_TO_BE_REPLACED

Serious.  I absolutely hate it when we board the plans, taxi some and then have to wait on the tarmac.  I hate it for three reasons: