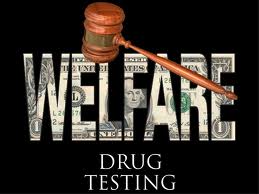 Much ado has been made of Florida’s attempt to drug test welfare applicants.  Florida’s idea is that if an individual has enough discretionary income to afford drugs, that person has enough income to be disqualified from a need based program.

Lately, the left has been trying to make the case that conservatives should be against the initiative based on fiscal calculations:

From July through October in Florida — the four months when testing took place before Judge Scriven’s order — 2.6 percent of the state’s cash assistance applicants failed the drug test, or 108 of 4,086, according to the figures from the state obtained by the group. The most common reason was marijuana use. An additional 40 people canceled the tests without taking them.

Because the Florida law requires that applicants who pass the test be reimbursed for the cost, an average of $30, the cost to the state was $118,140. This is more than would have been paid out in benefits to the people who failed the test, Mr. Newton said.

So, I did my own math.  And what I found was interesting.

The Times article above uses the number of failures at 2.6%, however, other sources I’ve read use a number more like 2%.  Because that number helps the liberal cause, I’ll use 2%.  Because Florida has a 6.7% drug use rate, the 2% failure rate is indicative  of a self-selecting population.  That is, drug users are not applying for benefits knowing they will fail, and have to p ay for, a test.

Further, once an individual fails a test, he is ineligible for benefits for 12 months.  A savings not taken into account.  With all of that said, here is my data:

Assuming a constant rate of applications and a conservative 2% failure rate the data shows that 25 people fail each month.  Because Florida hums along at a 6.7% drug use rate, I calculated that a certain number of people would simply not even try to test.  Again, to be conservative, I used a 6% rate and found that 50 people each month did not apply.  Finally, I begin to sum the failure and count the benefits that they WOULD have been given as savings.  I do this on a rolling 12 month period.  Additionally, I assume that this month’s drug users will not be using next month and only count 50 Missing Failure each month; I don’t sum them.

To be fair, the short term cost to the state is negative.  For the first 8 months of this system, the state loses money.  However, by September of the of the first year, or month 9, the state begins to realize savings and finally is in the black12 months after that.

The numbers would be even great if we used a normal 6.7% drug use on the welfare population and didn’t make the assumption that this months drug users will not continue to use next month.

As much as I like it when people use numbers and data to make their point, it’s important that such numbers reflect reality.