The more I think through the Treyvon Martin case, the more convinced I am that any profiling that Zimmerman did was appropriate.  We all profile everyday.

If we see something out of the ordinary that we feel poses a potential threat to our safety, we have a right to notice and take action.  That action might only be to take metal note.  It might be to take literal notes.

I’m here to tell you that if my neighborhood begins to experience heightened levels of crime and I’m driving through my neighborhood, watching or just going to get a quart of milk, and I see someone that I find suspect – I’m following them.

And living in a free society with laws based on liberty of the individual, I get to do that without having to answer to questions of motive or prejudice.

More and more as I talk to people I know and meet I find myself swayed by only one argument as it pertains to the Treyvon Martin case:

Shooting an individual over simple assault is unacceptable.

That is, if one white guy were the victim of another white guy beating him, firing a gun to kill would be inappropriate.  Or, if a woman were being beaten by a man, that woman would be wrong to draw a gun and shoot to kill.

This argument is simple: deadly force to avoid further bodily harm is wrong.

I think that reasonable people can disagree with the conclusion, but it is the one argument I find valid.

Race Relations: Having A Conversation

So yeah, let’s have that conversation.

And that means putting on your big girl panties.  A conversation means interaction; interaction in ways that might be difficult, emotional and divergent from your own views.

So here is Bill:

So, Hayes has an opinion.  I get that.  And his opinion is that he doesn’t like O’Reilly’s opinion.  Which, I guess, is fine.  But what we’re trying to do here is have a conversation.  Which, like I said, is about engaging with UNlike minded people. 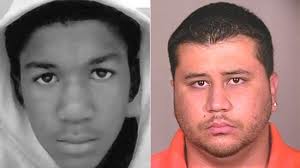 Remember when the nation went nuts after a white man profiled another child based on the color of his skin and the fact that he was wearing a hoodie?

I’m waiting for the same outrage when a black kid wearing a hoodie profiled a Latino man wearing a purple shirt and shot and killed that man’s one year old child.

Although the victim’s father was not a gang member, he may have been mistaken for one because he was wearing a purple T-shirt, witnesses and area residents said.

Purple had become a dangerous color since last summer, when the area experienced a number of shootings involving a black gang known as Fudgetown and a rival Latino gang, called Barrio Grape Street, which uses the color purple.

Based on his race and clothing, one man’s child is dead.