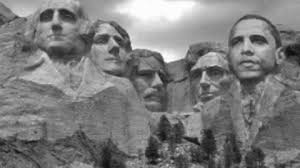 Lots of talk about Obama and his place in history.  We recently passed the day marking less than 18 months to go before he moves back to Chicago.  So it’s natural to look back and try to identify where he is going to rate.

Not surprisingly, such placements are pretty heavy on the ‘partisan’ influence – for example, Democrats are gonna remember Carter more fondly.  And the same holds for Republicans and Bush the Elder.

Obama has helped negotiate a nuclear deal with Iran, normalized relations with Cuba, and watched his approval ratings recently hit a two-year high after the U.S. Supreme Court upheld Obamacare. But has he become a “transformational” president like Ronald Reagan?

“He’s simply plowing the ground Reagan cleared 30 years ago,” says Tom Nichols, a political blogger and author of a column “Fantasyland: Obama Is No Ronald Reagan,” referring to Obama’s policies on nuclear weapons and his agreement with Iran.

But we took the comparison a step further. We asked a group of historians and political scientists from the left and right to describe the qualities that make a president transformational. We also asked whether Obama lines up more favorably against Reagan now that he’s reached a deal with Iran.

The consensus was quick. Even those historians who personally disliked Reagan say Obama still hasn’t matched the Gipper — at least not yet.

Here are four reasons why:

President Obama will be remembered as historic; he will be the first black man elected President.  But he won’t be remembered for his accomplishments.

Obamacare remains a massively controversial program passed in the dead of the night with a congress consisting of 60 democrats.  To date, not one single republican has voted for the program.  Further, it was only finally passed through budget reconciliation.

And we don’t know if the program will do what it says it will.  But we DO know that government is incapable of managing large projects.

And Iran will be remembered not so much a victory of negotiation and statesmanship as a situation in which we were led to water.  The coalition behind the sanctions was crumbling and nothing we had control of would or will prevent Iran from obtaining a bomb.

America is more divided now than before Obama and the ‘gaps’ the left hates have grown, not shrunk.

We don’t know that Obama is better than Jimmy much less ranking as one of the greatest. 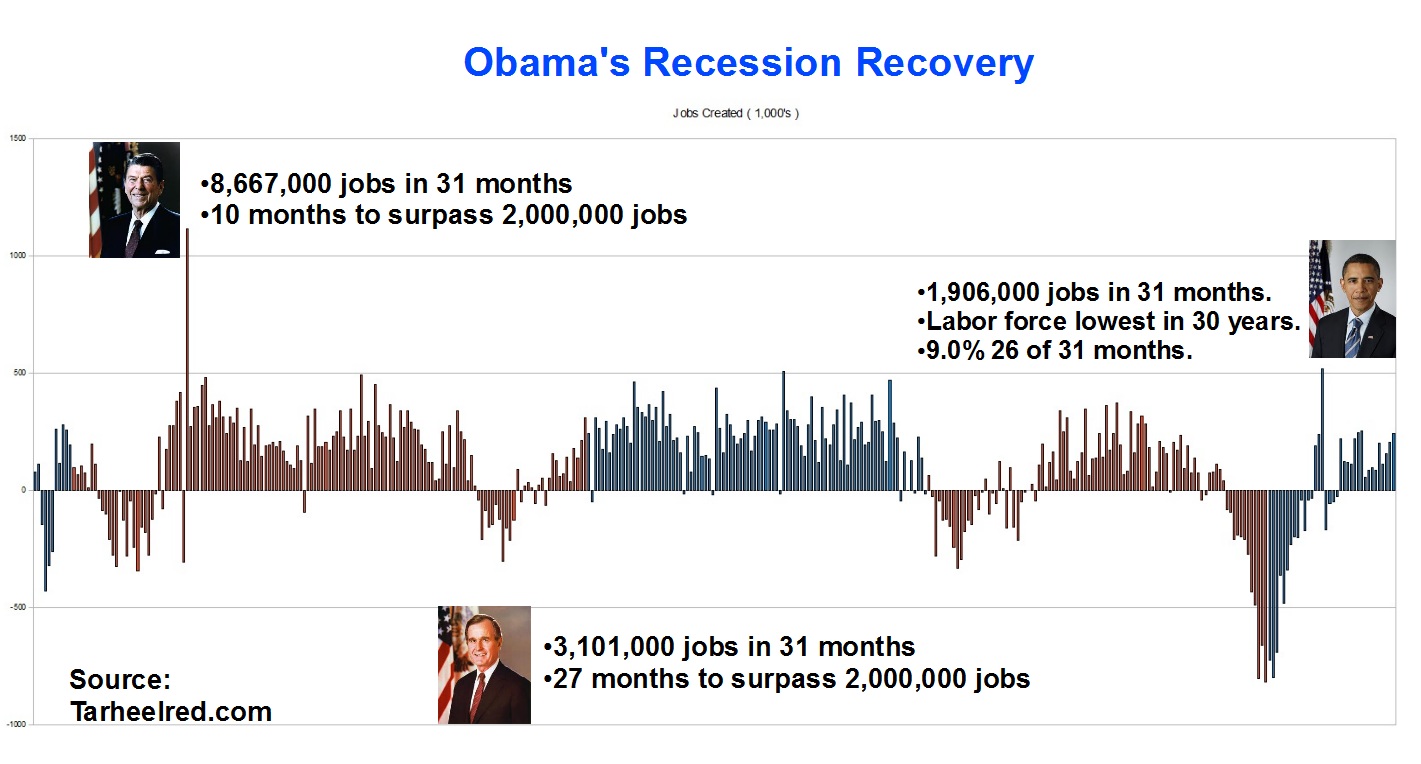 Obama’s star is fading.  I never had any doubt that he would be an ineffective President; he simply didn’t have a single ounce of experience that would lead a reasonable person to think otherwise.  He is, in essence, a lifetime member of the #OWS crowd.  Not an executive.

However, as the campaign wore on and I saw that he was going to be elected, I began to doubt America’s ability to discern competence, or at least lack of it, in our Presidents. We went from electing capable leaders to voting for American Idol.

But, good news.  America is waking up:

PRINCETON, NJ — President Barack Obama’s 11th quarter in office was the worst of his administration, based on his quarterly average job approval ratings. His 41% approval average is down six percentage points from his 10th quarter in office, and is nearly four points below his previous low of 45% during his seventh quarter.

These results are based on Gallup Daily tracking from July 20-Oct. 19, 2011. During this time, Obama’s approval rating ranged narrowly between 38% and 43% for all but a few days of the quarter. The 38% approval ratings, registered on several occasions, are the lowest of his presidency to date.

This is fantastic news on two levels.  On the first, it reflects an awaking of Americans and does some little bit to restore my faith.  On the second, it means that the Republican Primary is really the Superbowl.  That condition where the one team is widely regarded as being too weak to defeat whoever the other team is.

Further, Obama is slipping in comparison to the last President to “inherit the worst economy since the great depression”.  Mr. Reagan:

At this point in his term, Reagan was well on his way to recovering from his horrible numbers.  There is no such movement on Obama’s part.  In fact, he continues to slide.  I fully expect worse numbers as the months go by.

Because I think that the debate over taxes has been going on for a long time, and while continue to go on through the election, we should take a break and chuckle:

Even though this pokes fun at my side, I enjoy a good laugh just as much as the next guy.

But let’s be very clear here as well.  There is simply no reasonable argument that can be made that we have a revenue issue that’s contributing to our nation’s debt.  The problem always has and always will be spending.

Further, the idea that Reagan and Obama share the same economic philosophy is laughable.  Even more so than that cute clever video.  Reagan believed in less government.  He felt that government could not and never could, be the solution.  It was government that WAS the problem.  Obama?  Well, he feels very different.  The more that government gets involved, the better off the people of this nation will be is center to Obama’s thinking.

We simply disagree.  And we can’t compromise on that.  How do you compromise with someone who wants to rob your house?  Is it a moral victory to let him “only take” your TV while you get to keep the rest of your property?

Last, the House Republicans led by the fiscal conservatives are doing yeoman’s work.  Obama and the Democrats know that they have no chance what-so-ever of passing nonsense through the House.  So the aren’t even trying.  The bills they craft are being written in such a way that they HOPE they get through.  If the House were less conservative, Obama’s bill would be even worse than they are today.  But, BUT, I feel my comrades are making two critical errors:

First, if we can raise revenue without raising rates simply by making the code easier and removing crazy-ass “loopholes”, DO IT!  For gawd’s sake man, take “W”.

Second, i was very distressed to see all Republican candidates raise their hand during one of the debates when asked if the would reject a plan that had 10-1 spending to tax ratios.  Dude, take the flippin’ deal and push away from the table.  Especially if these guys are offering up Social Security and Medi-X.  In fact, if they let me reform either or both of those programs I’d give on taxes in a second.

You Can’t Wash Democrat Off

I’m not sure how many people know that Rick Perry used to be a Democrat.  While other politicians have certainly made up for this deficit, I’m not sure Perry will:

Whether or not the good Govna’ from Texas can make up for his past sins isn’t important right now.  What IS important is how I can tell he used to be a Democrat:

“If you say that we should not educate children who have come into our state for on other reason that they have been brought there by no fault of their own, I don’t think you have a heart,” Perry said.

The capital “O” Oughts of government have nothing to do with “heart”.  They have to do with a concept called Liberty.

The sooner we bring this lesson home the sooner our country gets back on the right track.

I’ll betcha a cold 6-pak of your IPA of choice that “Day 911” has massive significance in the Obama administration.  While the irony is awesome, it’s the day that Obama dipped below Reagan in Approval Rating for the first time since nominal amounts early on.

I have posted on a comparison of the last major recessions.  The first such comparison featured the GDP growth as we march through that recovery.  Each President; Obama, Bush, Clinton and Reagan had a shot at a recovery.

This post will feature the unemployment rate as we continue from recession to recovery.  This specific comparison, or feature, will look at the raw unemployment rate.  All data is taken from the BLS.gov website.

So, what does the data show?

END_OF_DOCUMENT_TOKEN_TO_BE_REPLACED

We are now 7 quarters into our recovery from the previous recession.  I have long thought it time to conduct a review of this current recovery as compared to previous recoveries.

I have gone back to the previous 4 recessions and their recoveries.  Above is a graph showing the growth of GDP for each recovery starting with the date in which the NBER calls each recession cycle.

The numbers above reflect the GDP growth in current dollars. Further, I have only gone out 12 quarters, or 3 years.  Anything past this and I think we have normal economic cycles taking place that have little to do with the recovery efforts put in place during the recessions described.

At this point, the Obama’s recovery is only slightly ahead of any of the other 3.  The current quarter represented a 4.0% increase in GDP over the previous quarter.  The only other recovery that had a worse showing was the Reagan recovery of 1982; it had a 3.9% increase.  However, unlike the Obama recovery, the Reagan recovery had significant growth for the first 6 quarters.  Obama’s recovery has not shown that degree of success.

Here is the direct comparison:

The visual is clear, the Reagan recovery was much more vibrant than the current Obama recovery.  While Obama did better this quarter, the lack of growth in the preceding quarters is disappointing.

Perhaps a more damning comparison, at least for this specific political cycle, is the comparison of Obama vs Bush:

Here the Obama recovery is very similar to the previous Bush recovery.  However, the pressure is on.  Beginning in the 8th quarter on, Bush had a very impressive record of strong GDP growth.

We’ll see if Obama is able to match that record.

Remember all the things that you thought were true back then?

“Adults” didn’t “get it”.  They weren’t hip.  The new generation was gonna change, ’cause everything was changin’.

And then you kinda grew up.

I know, I did it.  I used to be that long haired hippie dude with the ear-ring.  I used to go down to Mexico and build homes for immigrants trying to cross the border.  I used to support legalizing pot.

END_OF_DOCUMENT_TOKEN_TO_BE_REPLACED

Posted in Fun, Raising Men, Republicans Can Be Leftists Too

I mean, I grew up pullin’ for the Vikings, so, naturally, they are the coolest team in the whole world and the Packers just suck.

And the Cowboys [Drew Pearson—shiver]

My dad liked Reagan, but not until later in life, much later, did I learn that dad was a democrat, and pretty hard core too.  We would often argue and debate and each of us left the conversation seriously considering the voting tendencies of the milkman.  I wonder how much of that was due to the fact that I grew up THINKING dad was a Republican?

However, as I’ve gotten older, I’ve started to try and back away a little bit and see things…twice.  It’s an old Billy Joel song, “Things I didn’t know before I learned by doin’ twice….”

Anyway, its awareness, being able to see and focus and count the things going on around you.  Sometime they happen so fat, ya miss ’em.

See what I mean?