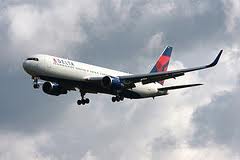 I’ve mentioned in the past that the airlines are employing some unique methods in order to raise additional revenues while protecting passengers who may not wanna take part in higher fares.

One of those examples is paying extra for prime seats.  For example, I’ve pointed out that some airlines are experimenting with charging folks extra for aisle and window seats.

Personally, this makes great sense to me.  I absolutely LOVE not sitting in the middle seat and am willing to pay money not too.  Others, however, are not willing to pay additional fees in order to travel and are thus more than happy to trade a middle seat for money.

…according to a survey by Airfarewatchdog.com, a fare-tracking site that found 16% of respondents were willing to pay to be at the front of the line when their flight lands. Of that group, 10% would pay $10 and 3% would pay as much as $20.

I’m traveling again this week and the example below really happened to me:

An early exit can also give fliers more time to make their connections. Airlines have gotten better at getting passengers to their destinations on time. In the first four months of this year, major U.S. carriers had an on-time arrival rate of 84.54%, their best performance for that period in 18 years, according to the Transportation Department’s Bureau of Transportation Statistics.

But even if their flight’s not delayed, passengers often have little cushion to make a connecting flight. Paying a few more dollars to be first off the plane could be an advantage, Hobica says.

I had one hour to get from my flight to my connection.  It appeared we were gonna be late and I’d rather have the extra time by being in front of the plane rather than in the back.  In this case, I didn’t have to pay extra [I would have], but I DID have to trade an aisle seat for a middle seat.  But I saved 17 rows.  And at 6 people per row, that’s a  lot of time.

Personally, I’m all for these free market measures that airlines use to spread the cost of flying to those who want the extras.

Last I spoke about airlines I discussed the fact that we are seeing such problems is because we consumers are what folks often call “greedy.”

Turns out that airlines are doing just that.  Doing that by getting rid of the old and ushering in the new: via Carpe Diem

Singapore-based Scoot Airlines is ripping out aircraft entertainment systems weighing more than two tons to save fuel, and instead offering Apple iPads to passengers, loaded with movies, music, games and television shows. It eventually intends to have users access content via a wireless system onboard planes.
Offering iPads helped the carrier cut 7% off the weight of planes and cope with fuel prices that have jumped about 36% in two years. The budget carrier will  offer the iPads free to passengers in its business-class seat and  will charge economy passengers $17 per trip to rent the tablets.

By saving money the airline is actually saving the consumer money AND increasing their inflight experience. 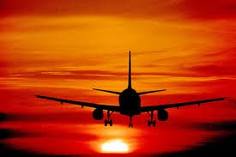 How many times have I been flying and need to get off that plane to make my gate?  Plenty.  And how many times did I muse, “I’d pay $50 to be that first guy off?”

And, as is the case with me, I began to imagine a world where the seats in a plane could be offered on the open market.

END_OF_DOCUMENT_TOKEN_TO_BE_REPLACED

Markets: Controlling Them And How They React

Some time ago airlines would price their tickets in whatever manner they priced their tickets.  We would buy them through travel agents or, if we were daring, but them from the airline directly.  Over time, and with emerging technology, we became good at finding deals.  I still remember my dad calling from Minnesota on a Tuesday, telling me he was coming to Seattle that Thursday.  See, Northwest would blowout sale their empty planes to certain destinations.

Downside?  No lead time.  Upside?  Retired teachers with nothing to do get to see family often and cheap.

Then we discovered “aggregaters”.  These were the engines on line that would allow you to shop all the airlines at once.  You know, trevlocity, orbitz, expedia, whatever.  And the airlines, and is, LOVED it.  It not only made it easier to shop, but by posting price, airlines were forced to compete ’cause whenever people have a choice to fly from Dallas to Fargo with all things being equal, they choose, wait for it, the lowest price.

So, right after WE figured that out so did the airlines.  In response to the demand for cheaper and cheaper seats, they had to find ways to bring the TICKET price down but still make the profit margin they were used to.  See, it turns out that orphans and grandmothers don’t invest their trust funds in mutual funds that buy companies that don’t turn a profit.  I know I know, the greed surrounding orphans and grandmothers is gross, immense and very ugly, but alas, that is the nature of orphans and grandmothers.  Anyway, so the airline decoupled the price of a person and the price of a piece of luggage.  Now the ticket prices for their seats would be lower and we would buy those cheaper tickets.

Annoying?  Perhaps, if you’re less enlightened.  Or, if you’re like me you try not to pack things that you can buy at your destination.  Diapers, formula, flip flops…whatever.  Or, you learn to pack better.  Or, you ship your luggage, it might actually be cheaper.  Or, just maybe, you accept the fact that the price of luggage is really the price of admission and just deal with it.  Where I really hate this is when I’m behind the guy that wastes 40 minutes trying to shuffle items from one bag to another to get under the 50 lb limit.  Anyway, enough.

The point is that lawmakers actually think they can make things better.  Baggage fees a pain in the neck?  Make ’em illegal:

WASHINGTON One of the most loathed aspects of holiday air travel – paying to check bags – is at the center of a growing debate that does not look to be resolved soon. Travelers who could otherwise be spending $50 on an extra gift must instead use it to buy their Samsonite a round-trip ticket in the bowels of an airplane. The anger over increasing fees has gained the attention of Washington, pitting some members of Congress against the airline industry.
…
U.S. Rep. Larry Kissell joined other federal lawmakers last week to press airlines to scale back their baggage fees. Kissell, a Democrat who represents Charlotte and Concord, proposed legislation that would allow travelers to check one free bag on each flight. U.S. Sen. Mary Landrieu, D-La., introduced a similar bill in the Senate. To date, no Republicans support either bill.

All fine and dandy, I guess.  But I wonder if these lawmakers are aware that flying people from Kissimmii to Detroit [why ANYone would fly from Florida to De’troilet is beyond me] costs real money and that by making it illegal to charge real money for one thing means that it raise the price of the other legal thing.

If congress wants to choose higher airline tickets over free baggage, that’s fine.  I guess.  I just wonder why congress feels that decision is up to them?

Friday I mocked the Liberals who dominate Broadway theater for their embracing market pricing for their tickets.  I was correctly mocked back in the comments for not calling out traditional conservative bastions for equal failure.

Well, critics all here is your reward.

Fliers can still choose between window and aisle seats on Delta Air Lines, but they’ll have to pay extra if those spots are near the front of the plane.

Economy passengers can now pay $9 or $29 for these prime seats, depending on the length of the flight. They were previously only available to frequent fliers in the airline’s Medallion program.

Other airlines such as US Airways, Sun Country and American Airlines already charge for window and aisle seats. The fee for premier seating is the latest in a string of surcharges by airlines. The fees have generated billions of dollars in extra revenue and have helped offset rising fuel costs.

I’ve long lamented the lack of markets in airline seating.  As airlines are continually being squeezed for revenues by the competition, they are looking to gain efficiencies wherever they can.  And part of that is scheduling flights as tightly as possible.  Often I find myself looking at a connecting flight with only 20-40 minutes to catch it.  I NEED to sit in the aisle and up front.  At other times I’ve scheduled my flight the day before and am in a position where I can sit in the back without a problem.

There has to be a better way than randomly assigning seats or even setting up an “e-bay’esque” type of event like Southwest does.  And for a long time I’ve told my poor suffering wife that “the market would set them free”.  Now, of course, I’ve always wanted them to set up a market where I could sell my seat position with the airline taking a cut.  But I guess this was inevitable.

In short, the market will allow people who need to be up front to be there while giving the folks who don’t need to be there the ability to well, not be.

The Cost of Flying Just Went Up – Thank Government

Thanks to the United States Government, the cost of flying from here to there is about to go up.