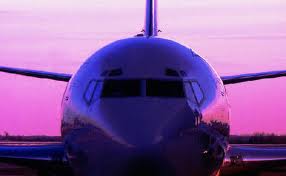 Last I spoke about airlines I discussed the fact that we are seeing such problems is because we consumers are what folks often call “greedy.”

Turns out that airlines are doing just that.  Doing that by getting rid of the old and ushering in the new: via Carpe Diem

Singapore-based Scoot Airlines is ripping out aircraft entertainment systems weighing more than two tons to save fuel, and instead offering Apple iPads to passengers, loaded with movies, music, games and television shows. It eventually intends to have users access content via a wireless system onboard planes.
Offering iPads helped the carrier cut 7% off the weight of planes and cope with fuel prices that have jumped about 36% in two years. The budget carrier will  offer the iPads free to passengers in its business-class seat and  will charge economy passengers $17 per trip to rent the tablets.

By saving money the airline is actually saving the consumer money AND increasing their inflight experience.

This entry was posted in Economics, Stuff and tagged Airlines, Capitalism, iPad. Bookmark the permalink.