If We Try Very Hard We Too Can Be Italy 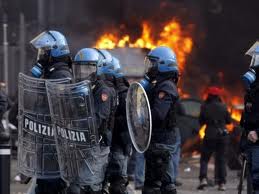 This guys is serious.  He’s honestly making the case that the United States doesn’t pay enough in taxes and that if we only paid more, we could enjoy the benefits of Italy:

Italy may be in a funk, with a shrinking economy and a high unemployment rate, but the United States can learn a lot from it, and not just about the benefits of public health care. Italians live longer. Their poverty rate is much lower than ours. If they lose their jobs or suffer some other misfortune, they can turn to a more generous social safety net.

Mr. Porter makes this case with what I can only assume is a straight face.  What he calls a “funk” is really an economy that is one of the worst in Europe, perhaps only behind Greece.  And he’s actually trying to make the case that we, the United States, can learn a lot from Italy.

We can.  But not in the way that the author is trying to point out.  What we have to learn from Italy is what NOT to do.  Certainly not WHAT to do.

No wonder we can’t afford to keep more children alive. In 2007, the most recent year for which figures are available, the United States government spent about 16 percent of its output on social programs — things like public health, food and housing for the poor. In Italy, that figure was 25 percent.

Here again, Porter is lamenting the fact that the United States spends “only” 16%  of our output, GDP[?], while Italy spends 25%.  Yet no mention that Italy is deeply in debt and failing to grow its way out of the danger zone.

In short, the government has spent too much money.  So much so that Italy is deeply in danger of economic catastrophe.  Hardly a fair price to pay for  extended unemployment benefits.

It’s safe to say that when presented an argument that we need to raise taxes in order to emulate Italy you are dealing with a deeply partisan statist.

This entry was posted in Economics, Economy, Politics: International and tagged Italy, Taxes. Bookmark the permalink.