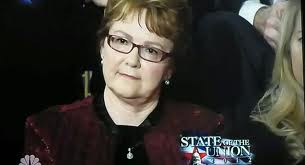 11 responses to “The Liberal Lie: Buffet’s Secretary And Her Tax Rate”