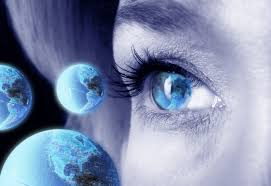 It was high fun to openly mock our more leisurely peers often referring to them, in the most derogatory tone possible, as “CLA’ers.”  There was never any doubt, inside the Institute or out, that the rigorous courses were contained within that technology track.

It would seem that the same holds true – more or less – here in North Carolina.  I’m hanging out on the UNC campus while my daughter dances in the Raleigh Ballet’s production of “The Nutcracker” -she’s a Gingerbread-  and I’m reading the campus newspaper when I came across this:

Senior Lauren Schmidt originally entered college with the intention of becoming a pharmacist or physician assistant. Those plans changed after her experience in Chemistry 101 during her first semester at UNC.

“I spent hours working on Mastering Chemistry,” she said. “I’m not good at chemistry, and I’m OK with admitting that.”

Schmidt decided to drop the class after the first exam, and even though she completed Biology 101 the following semester, she started looking for a different major.

And Schmidt is not alone. Jennifer Krumper, a lecturer in the chemistry department, said a number of other aspiring pre-health students switch majors because of the difficulty in introductory science courses such as Biology 101, Chemistry 101 and Chemistry 102.

“Many students who are interested in science and have the abilities end up not majoring in science because they have a discouraging experience after their first year,” she said.

A somewhat sad, but not surprising commentary on the state of US education.  It would seem that kids are getting the message that the “goto” careers are within STEM fields, but that our kids either aren’t prepared or are simply too lazy.

A recent study by the U.S. Department of Education’s National Center for Education Statistics found that about half of the students in science, technology, engineering and mathematics fields leave their majors before they complete a bachelor’s degree.

Of the students who left these programs, about half switched to a non-STEM major, while the other half left school altogether.

Sad, really.  Especially as our economy is continually transitioning to a more and more technological one.

Certainly would be interesting to study the effects of this phenomenon as it pertains to income inequality.

I’m willing to wager that every Presidential incumbent is accused of using his office to his advantage in the upcoming campaign.  I’m sure Dubya was accused of the practice and I’m equally sure Bubba was just as accused.  So it isn’t surprising that President Obama is taking heat for the fact that he is delivering “policy speeches” in mainly battle ground states.

I think that I can overlook a policy speech on student loans held here in North Carolina.  It has to be somewhere, why not UNC?  However, the taping of Jimmy Fallon and Obama’s “Slow Jam” crosses the threshold.

This is clearly two things:

He’s jumped the shark and entered into “American Idol” territory.

When you let yourself be called Barackness monster you make yourself eligible to be called a dumb ass.

* Obama is REALLY taking advantage of his office:

As of March 6, Mr. Obama has participated in 191 fundraisers, already topping the re-election cycle totals of George W. Bush and Bill Clinton, who held 167 and 173 fundraisers, respectively… 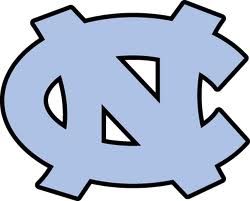 President Obama unveiled his NCAA March Madness tournament bracket.  Surprise surprise; he picked The University of North Carolina to win it all.

I was curious, so I took a look at the top 8 seeds.