That is great news.  And my excitement is only heightened by reading Silver’s manifesto, specifically relating to journalism vs math:

Conventional news organizations on the whole are lacking in data journalism skills, in my view. Some of this is a matter of self-selection. Students who enter college with the intent to major in journalism or communications have above-average test scores in reading and writing, but below-average scores in mathematics. Furthermore, young people with strong math skills will normally have more alternatives to journalism when they embark upon their careers and may enter other fields.

Ya think?  As if the dig on conventional journalism wasn’t bad enough, he goes further and dings journalists in general. 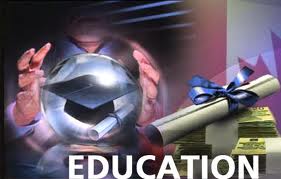 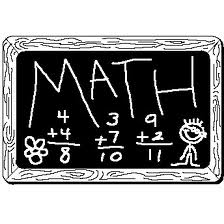 Again, I’m reading a bunch of stuff for an upcoming post and I see this:

Lucia Harkenreader’s check landed in her mailbox last week: a rebate of $456.15 from her health insurance company, with a letter dryly explaining that the money came courtesy of the federal health care law.

For Ms. Harkenreader, 53, who is putting a son through college, the rebate helps soothe the frustration she feels toward her insurer, Golden Rule, which is owned by UnitedHealthcare.

“It seems like the health insurance companies really just don’t have any consideration for the cost out here,” said Ms. Harkenreader, who pays about $480 a month for a high-deductible plan, up from $400 last year. “What costs have gone up to justify that rise in premium? I’d love to know. Did you give your people a raise? I guess your light bill went up?”

People wonder why this country is in trouble.

Math is great; don’t let anyone tell ya differently.

When kids say “When am I EVER gonna use this in real life?” you can now say “When it comes to keepin’ your house”.

I’ve always said that math, the kinda math that we teach in high school–not Mathematics that we teach in college Math degree courses– is more of an exercise in thinking than really providing deep insightful understanding into the science, indeed art, of mathematics.  In much the same way we would never expect a football player to encounter a line of old auto tires and have to step through ’em in a game, I never would expect someoone to encounter the need to demonstrate that triangle A is congruous to triangle B in real life.

But the ability to get from here to there is a skill that is most useful in life; even to the point of getting and keeping a home.

END_OF_DOCUMENT_TOKEN_TO_BE_REPLACED

If you divide the perimeter of The Great Pyramid by it’s height, you get 2π.

By extending π to only 9 digits you can calculate the circumference of the earth to within 1/4 inch.

A river’s meandering is described by its sinuosity – the length along its winding path divided by the distance from source to ocean as the crow flies. It turns out the average river has a sinuosity of about 3.14.

Finally, what do you get if you divide the circumference of a jack-o-lantern by it’s diameter?  Pumpkin pi.