How is it that democrats can criticize the Bush tax cuts as hurting the middle class 10 years ago and then claim today that reverting to the rates before those tax rates went into affect would ALSO hurt the middle class?

How does a media allow this to happen? 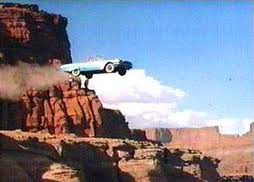 I’m guessing we go over.

John Boehner has said that he’ll give House members 48 hours to get back to Washington.  That means if he were to call them right now they wouldn’t get to their offices until Saturday.  Which leaves 2 days to pass legislation.

And that’s if he agrees to pass the Senate version of the bill.

As it stands right now, I think that the problem is this:

The fiscal cliff is made up of two parts.  The first is the expiration of the Bush-era tax cuts.  Because these rates were pushed through using reconciliation, they were set to expire in 2011.  However, as part of a negotiation, the rates were extended for 1 year.  This agreement will end December 31st at midnight.  Failure to extend the Bush tax rates will result in a massive tax hike for every American.

The second part is the agreement made that will mandate budgetary cuts; spending cuts.  Among the items set to be cut is the defense budget.  This is seen to be unappealing to republicans.

A guilty pleasure of mine would be to see us go over this cliff in full.  I want to see how American’s react to the tax hike that will impact them January 1.  This would include the extraordinarily large impact of the AMT that would impact millions of Americans.

However, my sick sense of cosmic justice aside, I really am looking for a permanent extension to the Bush tax cuts.  It not only is the right thing to do, but trying to raise the rates like Obama has been insisting is only a political ploy not meant to address any of the fiscal issues that we have right now.  With the rates made permanent, the economy will be able to remove the uncertainty and move forward in recovery.

As for the cuts.  I say let ’em come.  The impact will be short-term dramatic.  I suspect the economy will move into recession but it will be quick and short.  However, the long term benefit of the cuts will reduce the size of government spending and allow the economy to grow more quickly than it otherwise might.

My desire aside I feel that the ball is in the Senate’s court.  Financial bills originate in the House and move to the Senate for consideration.  The Senate should pass the bill or amend it and return it to the House.  Under Boenher, the House has passed two such bills that are simply waiting to be considered by Harry Reid.  For whatever reason, Reid will not hear those bills and allow the Senate to act.

Right now, the delay in passing a bill is squarely on Harry Reid and the democrats. 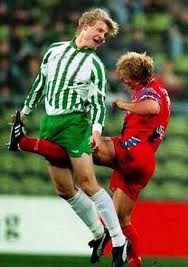 Every single year around April 15th I feel just like the that guy.  The AMT kicks me straight in the jimmy and I just get sick.  And I stay sick for about 3 weeks until I just get numb.

So, I’m thinking.  If the Bush tax cuts are allowed to expire without a “fix”, about 30 million Americans would have to pay that tax:

Get ready to start paying higher taxes—$3,900 to $8,000 more a year on average. Unless Congress acts, some 30 million Americans will have to pay the dreaded Alternative Minimum Tax (AMT), whose rates, depending on your income, are either 26 percent or 28 percent.

If Congress failed to approve a new patch, the permissible amount for married couples filing jointly would fall, for example, from the current $74,450 to $45,000. “A lot more people would start paying a lot more money,” says Andrew Schwartz, founder of Schwartz & Schwartz, P.C., a CPA firm specializing in the tax and financial planning issues applicable to young professionals.

If no new patch were approved, says Barbara Weltman, a tax and business attorney and author of J.K. Lasser’s Tax Deduction for Small Business, 20 million to 30 million taxpayers not previously subject to the AMT would have to pay it.

I say “go for it.”  Look Obama straight in the eye and tell him to go to hell.  And then let him walk over that cliff.   The Pentagon needs to be trimmed, Republican sacred cows have to be slaughtered too, and the spending cuts that were agreed to should be honored.

If 30 million people have to pay an average of $6,000 in additional taxes, you’ll see a MASSIVE move to the fiscal right.