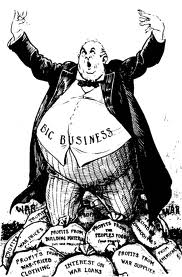 Contrary to what Michael Moore might say, capitalism is the single greatest antipoverty program the world has ever known:

This entry was posted in Economy and tagged Capitalism, Poverty. Bookmark the permalink.

2 responses to “Capitalism Is Evil And Wicked”