The Republican Opposition To Immigration Reform 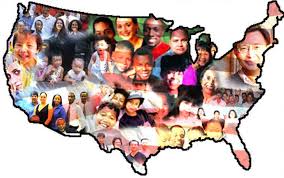 I’m not entirely clear on either side of the debate, but most especially with the republican argument.  Best I can tell, the idea is that granting amnesty to existing aliens is bad.  I don’t know why republicans think that’s a bad idea, but I know why I think it is.  And that reason is that I know, am friends with, a number of foreign nationals that are on a multi-year waiting list to obtain a simple green card.  THEY want permanent resident status and to eventually become a citizen.  These guys are paying taxes, buying homes and even contributing to social security.  All with no assurance that they will be allowed to remain here in the States.

I think I’m pretty libertarian in my thinking that while borders are important, they should be made to cross as easily as possible.  A simple check for legal status in native country, terrorist watch list and potentially dangerous disease.

Other than that, I’m for letting anyone and everyone in.

But this insistence on “no amnesty”…what does that mean?  Do republicans feel that the folks already here, with families often 2 generations deep, cannot become a citizen ever?  Or until they return home to their native country and apply?  Is THAT what we really want?  Is that good for the nation?

I don’t think it is.  And I’d bet that most folks would agree with me, even the republicans.  So why this insistence on no-amnesty if they can’t even articulate what that means and why they support the position?

This entry was posted in Immigration, Politics: International, Politics: National, Republicans Can Be Leftists Too. Bookmark the permalink.