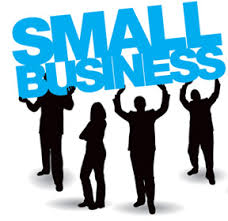 Posting has been light lately.  In part because I’ve been somewhat busy in life.  Work is ramping up some and the family has been doing some traveling.   However, the large reason blogging has taken a hit is that a good friend and I have started a new small business here in Carolina.

I’ve always wanted to strike out on my own but I’m pretty severely risk averse.  The idea of depending on my own resources for a living to support home and family is horribly frightening.  Which makes this opportunity nice.  We’re able to operate while maintaining our normal day jobs.

It’s hard, to be sure, to do both.  But the security is well worth the extra time.

Some things that I’ve learned:

I’m no where near being in danger of transition from the red to the black, but so far the experience has been positive, even if not enjoyable.

This entry was posted in Economy and tagged Minimum Wage, Small Business. Bookmark the permalink.