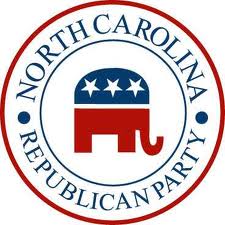 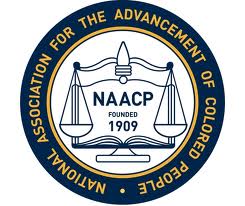 The definition of the word “racist” has changed.  Today, its use has been co-opted by the left to instill a form of faux outrage against groups, or more accurately, policies that they don’t like.

To be sure, given any group of people and any sufficiently random problem to be solved, there will be disagreement.  And, in my opinion, in that disagreement lies the secret to America’s success; what a horrible horrible world it would be if it worked exactly like I wanted it to.

Or if it worked exactly like YOU wanted it to.

However, some of us engage in an especially caustic form of objection.  See, it’s one thing to disagree on merit, to debate rationally, emotionally even, but in a realm of reality.  But that doesn’t always win elections, it doesn’t always move people to act, to anger or to vote.

To do that, you have to make it that your opponent is “against” something.  And one of the most often used targets for that is race.

See, if I can make it look like your position on an issue is racist, I win.  Not because my position is stronger or more valid, not at all.  It’s because I have successfully cast you as a racist.  And who is for racism?

And this is how the left, liberals and democrats operate.  They ignore the merits of the policy and instead, and effectively, manipulate race.

And here in North Carolina we have an elected official going after the source:

Raleigh, N.C. — A Republican House freshman will be in the spotlight Friday at an NAACP press conference for an email he sent to the state organization, calling the group and its leader “racist” and “race-opportunists.”

Rep. Michael Speciale, R-Craven, along with all other state lawmakers, received an emailed version of a statement last week by NAACP state president William Barber on proposed voter ID legislation.

In the statement, Barber calls voter ID initiatives “national propaganda efforts by the far-right to justify the obvious tactic to suppress the votes of minorities, youth, disabled and the elderly,” and urges Republican legislative leaders to abandon their push for such a law in North Carolina.

The e-mail in full:

This is as insulting a diatribe as I have seen in years. The NAACP has a proud history of working on behalf of black Americans to address the problems of society directed at them. You tarnish that with your racist diatribes and your race-baiting attitude. The photo requirement to vote is to prove that one is who they say they are. Nowhere in anyone’s minds but yours and your fellow race-opportunists is race, ethnic background, or color of one’s skin mentioned, insinuated or inferred regarding the proposed voter ID laws.

You do minorities and the elderly a disservice when you assume that they are incapable or incompetent to the point that they cannot provide a photo ID to vote. Photo ID’s are required in nearly every aspect of American life, and most Americans over the age of 16 have some form of photo ID. Your talking points make no sense, as you ramble on with Constitutional phrases to give an impression that you know what you are talking about, and it is apparent that you are grasping at straws. Your attempts to make minorities and the elderly believe that they are victims in this effort is contrary to common sense but apparently necessary to your economic survival

Your comments, both today and in the past are racist and inappropriate, therefore, I request that you remove me from your email list.
Michael Speciale

The new definition of racism, the “urban-dictionary” version of racism, calls out anyone that would use race as a reason to promote a policy.  Anything from immigration to voter-id to pre-k education to unemployment reform to you name it, if you don’t agree with it you can defend your position best by calling racism.

And it’s about time that someone called the left on it.

When someone uses “racism” as a lever to push an agenda that they disagree with, they are as guilty of this “urban dictionary” version of the definition as those they themselves accuse.  In this case it’s voter-id.  The North Carolina chapter of the NAACP is calling out state officials for engaging in racist policy as it pertains to voter requirements.  Yet they are silent on ID requirements for alcohol, cigarettes, the lottery, sudafed, and -as I learned today- mailing packages in a box through the mail.

Is it true that voter fraud is a problem in North Carolina?  Probably not.  Is it true that we want people who are casting votes to be able to prove who they are?  Probably so.  Given the economic circumstances is it the best policy to pursue at this time?  Debatable.

But is it racist?

The belief that races have distinctive cultural characteristics determined by hereditary factors and that this endows some races with an intrinsic superiority over others.

Does the NAACP really think that a group of people, in this case the Tea Party, really feels that they hold beliefs that African American people have characteristics determined by hereditary factors?

It would seem so.

However, with that said, I don’t believe the answer to such gross mis-characterizations in such circumstances is to respond in kind.