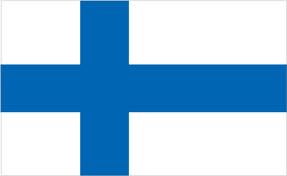 The Case For Immigration Reform

On one hand I desperately want to create a system that allows for healthy legal immigration easily and quickly.  If a citizen of Mexico or Japan wants to make her way to America; let her.  And be quick about it.

Yet I also acknowledge that current failure to enforce residence status creates incentives and burdens; we need to enforce current law.

The solution seems simple:  Pass reform that extends the right of “free exchange”.  That is, to negotiate freely the exchange of labor and compensation.

But selling one’s labor or participation in commerce are natural rights to which happenstance of birth location should be irrelevant. It should mean no more to these rights that someone is born today north or south of the Rio Grande river than it meant to our founding fathers that someone was born with or without a hereditary title.

I think everyone sees this as common sense.

The problem is going to come down to one simple roadblock.  What do we do with the 11-12 million people who are here illegally today.

My solution is to give them legal resident status, apply for citizenship just like everybody else and move on; acknowledge that we had an imperfect system that created a wrinkle we don’t wanna see repeated.