I suggest that one measure is a reflection of societal norms.  The other medical care delivery.

With that said, do we measure the US system fairly? 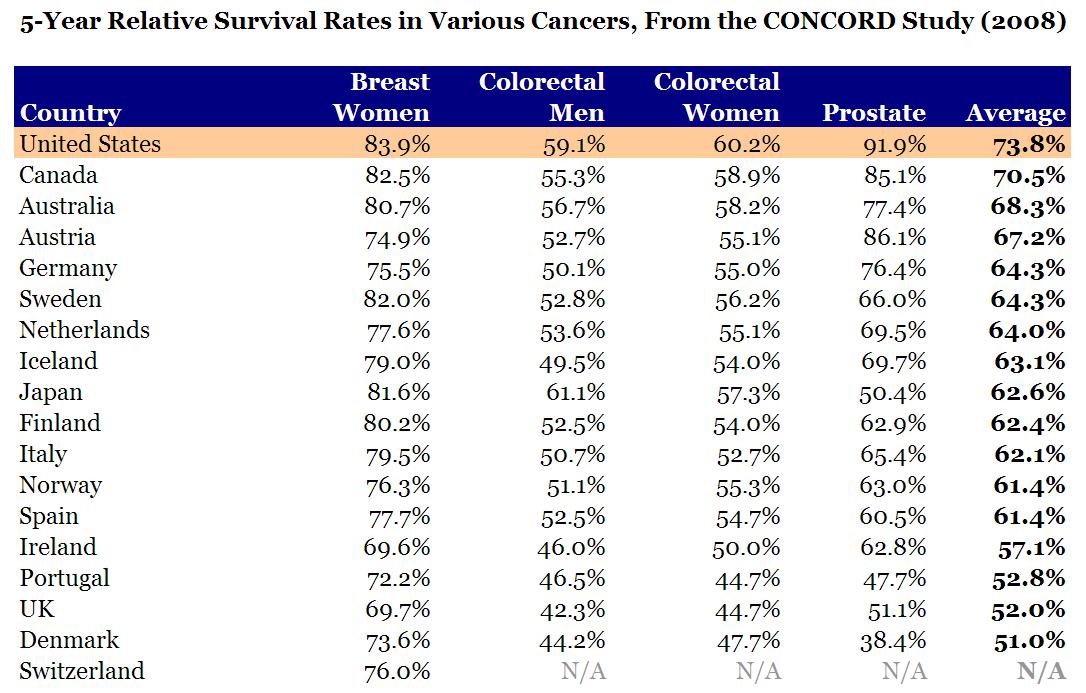 It’s not even very close, really.  And this plays out to what we know to be true – the world comes to America for medical care, not the other way around.

Sure – move to the ranch in Montana and you have less access to medical care.  But is tat the fault of the system or a feature?

But what about life expectancy? 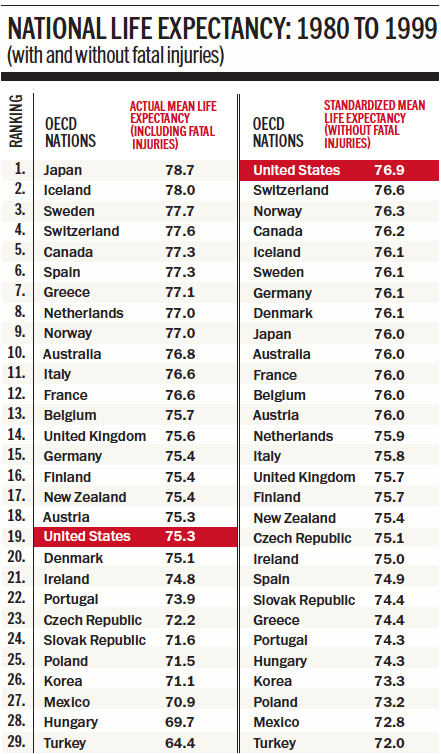 When fatal injuries are removed, which occur before medical care can be applied, the US moves from 19 to [ahem] 1.

A little while ago I posted that health care in America may be getting a bad rap.  That perhaps we might have the BEST system in the world, not the abysmal system that is often reported in the reports today:

The fact that America can deliver this service is a miracle in and of itself.  And the fact that we are such a wealthy nation that we can afford it is yet another miracle.

Now, to be sure, my case here is that our system is advanced and can be expensive.  However, we are a very wealthy nation and can afford the care.  However, in the comments, shenanigans was called and we discussed how the United States might be ranked #1, not #19-#29 or #47.

END_OF_DOCUMENT_TOKEN_TO_BE_REPLACED

Much has been said during the last few years about income disparity.  And not just the disparity, but the mobility of people from one income group to another.

I’ve done some reading last night and this morning a thought struck me:

GINI measures the disparity in household income.  Consider Dick and Jane and their neighbors John and Mary.

John works as a manager in a factory making $70,000.  Mary stays home and cares for their family.

The disparity between two households earning $28k and $32k compared to the one earning $70k is much higher, and the GINI goes up.  But nothing changed as far as economic earnings are concerned.  In fact, if you take this one step further, consider John and Mary also suffer divorce.  Now the incomes for FOUR households is:

In the same way that the demographics of America impact life expectancy statistics [Japanese Americans live as long as native Japanese] I suspect that demographics impact the GINI.  I also suspect that this isn’t calculated into the analysis when people discuss the GINI.

It turns out that there are a number of problems in determining life expectancy numbers.  As I mentioned the other day, in some cases, nations aren’t reporting their “deaths” correctly.

And THAT could make a huge difference.

END_OF_DOCUMENT_TOKEN_TO_BE_REPLACED

So, remember during the health care debate..that whole thing about America ranking like, what, 38th or some nonsense?

Well, remember, that ranking is determined by weighing several factors, among them are infant mortality statistics, availability of medical care and life expectancy.