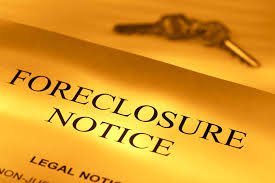 Did the Community Reinvestment Act (CRA) Lead to Risky Lending?

Yes, it did. We use exogenous variation in banks’ incentives to conform to the standards of the Community Reinvestment Act (CRA) around regulatory exam dates to trace out the effect of the CRA on lending activity. Our empirical strategy compares lending behavior of banks undergoing CRA exams within a given census tract in a given month to the behavior of banks operating in the same census tractmonth that do not face these exams. We find that adherence to the act led to riskier lending by banks: in the six quarters surrounding the CRA exams lending is elevated on average by about 5 percent every quarter and loans in these quarters default by about 15 percent more often. These patterns are accentuated in CRA-eligible census tracts and are concentrated among large banks. The effects are strongest during the time period when the market for private securitization was booming.

This should not be contentious or surprising or controversial.

And at the heart of it all?  The usual suspects; Fran and Fred:

To satisfy CRA examiners, “flexible” lending by large banks rose an average 5% and those loans defaulted about 15% more often, the 43-page study found.

The strongest link between CRA lending and defaults took place in the runup to the crisis — 2004 to 2006 — when banks rapidly sold CRA mortgages for securitization by Fannie Mae and Freddie Mac and Wall Street.

CRA regulations are at the core of Fannie’s and Freddie’s so-called affordable housing mission. In the early 1990s, a Democrat Congress gave HUD the authority to set and enforce (through fines) CRA-grade loan quotas at Fannie and Freddie.

It passed a law requiring the government-backed agencies to “assist insured depository institutions to meet their obligations under the (CRA).” The goal was to help banks meet lending quotas by buying their CRA loans.

But they had to loosen underwriting standards to do it. And that’s what they did.

Oh boy, this won’t play well in the press.