Cost Of Raising A Child 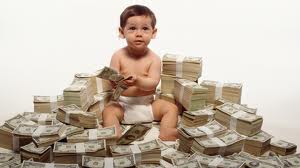 For some reason as I was driving home yesterday, a thought occurred to me:

So, here I am looking at the data:

That is a lot of money.  But the costs are not fixed:

And it can get worse than that.  According to this calculator the cost of raising a child can be as high as $434,180 if you earn more than $100k.

With government assistance to those poorest among us, that $7,300 can be completely covered reducing the real cost to near zero.

So, given the differences in the cost of raising children, I came to the conclusion that wealthy individuals have fewer children than do those less wealthy.

Was I right?  According to the Census I was:

If income levels are pulled out, there is a steady climb in births per 1,000 from the wealthiest to the least wealthy.  A notable exception are the very poorest mothers: