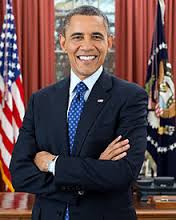 I’m tough on Obama.  I don’t think he likes what America is.  I think that he wants a dramatically more redistributionist state than we have now.

And I don’t think that he has any meaningful experience that would lend itself to being President of these United States of America.

So how do people who do more important things than blog think of Mr. Obama?

President Obama has been judged to be ‘chronically incapable’ of conducting a coherent military strategy and ‘has no sense of what he wants to do in the world’, according to Oxford University professor, Sir Hew Strachan – one of the UK’s most respected and senior military advisers.

The damning verdict from a governmental insider of the United States’ closest military ally comes days after the president was heavily criticized by his own former Defense Secretary Robert Gates who said that Obama was indecisive and lacked any passion for his nation’s armed forces.

‘If anything it’s gone backwards instead of forwards, Obama seems to be almost chronically incapable of doing this,’ said Strachan.

‘Bush may have had totally fanciful political objectives in terms of trying to fight a global War on Terror, which was inherently astrategic, but at least he had a clear sense of what he wanted to do in the world.

‘Obama has no sense of what he wants to do in the world,’ he said according to the Daily Beast.