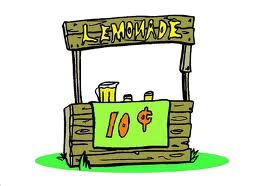 ho ever you might wanna blame for the shenanigans in Washington, the result is not good for small business CEOs, their expectations and, presumably, their staffs:

SAN FRANCISCO, November 30, 2012 – Small business owners as a group are now the most pessimistic they have been since the third quarter of 2010, according to the latest Wells Fargo/Gallup Small Business Index. The Index fell 28 points to negative 11 (-11) in the post-election survey conducted Nov. 12-16, 2012.

Most interesting to Americans in general is the expectations surrounding jobs:

There is little hope that the situation in Washington is going to work out for the small businessman.  Some of the blame can certainly be attributed to the expectation that republicans would refuse to work with Obama.  However, a significant amount of that pessimism most certainly is attributed to the anti-business attitude that the Obama administration brings to Washington.

This entry was posted in Economy, Government and tagged Barack Obama, Small Business. Bookmark the permalink.