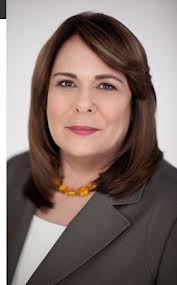 Last night was the second of the three Presidential debates.  As I mentioned in last night’s post, Obama won, but only but a little.  And even that win will not likely change many minds.  Much work has yet to be done.

However, during the debate last night, I was struck by an intervention from the debate moderator; Candy Crowley.  More on that in a second.

I think we’d ALL love to see a debate where the candidates were in a place where they spoke through a microphone.  And that mic would go mute the second their time was up.  AND we’d like to see that debate take place where independent fact checkers could be identifying lies and false statements.

It would be grand.

But that debate didn’t take place last night.  It was more traditional, both in terms of live mics and in terms of truth stretching.  And while the moderator has a role in the former, she has NO role in the latter.  It is NOT the job of a moderator to fact check candidates.

Especially when the tide of the debate is at such a point as to determine a winner and a loser.

But that is exactly what Candy Crowley did last night.  She interrupted Romney when he had Obama so far in the ropes that the only thing the President could do was hold up his gloves and offer, “Continue…”

Why Crowley would perform in this manner is unbelievable.  And why she would do it during a time when the President was clearly being dominated is equally unbelievable.  And then, as if the critique of her couldn’t get worse – it does.

She was wrong, Romney was right.  And she admits it after the debate:

The President absolutely did NOT refer to Libya as terrorist attacks.  Not that day, not that night and certainly not for the next two weeks.  THAT is the whole point.  That is the issue at hand.

And Crowley rung the bell early and let the reigning champ get up and pushed the challenger back to his corner.

Obama won the debate to be sure, but Crowley lost it big time.

7 responses to “The Candy Crawley Bias”