Education Reform In America: A Critique I Resonate With 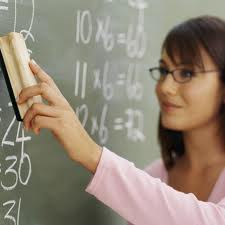 While I don’t think that I’m alone in  my call that America’s educational system is in trouble I do find myself in the minority when it comes to ideas for possible reform.  Included in my list of ideas are:

I’d imagine that for those that know me, this list isn’t shocking.  It might be cringe worthy, but not out of line for how I think.  For those that don’t know me, the list reads like the regular right-wing scree seen everywhere.

Whatever you think of the list, in favor or against, that list isn’t the point.  The point is that the traditional view of America’s performance is being taken to task  by Diane Ravitch in her recent CNN article:

It’s time to set the record straight. The only valid measure of academic performance in our schools is the federal test called the National Assessment of Educational Progress (NAEP). NAEP has been testing American students since the early 1970s.

This is something I didn’t know.  I have always thought that tests like the SAT, ACTs and the Iowa Standard were legitimate tests.  But whatever, I won’t quibble on the testing.

The NAEP test scores of American students are at their highest point in history: for black students, white students, Hispanic students, and Asian students.

They are at their highest point in history in fourth grade and in eighth grade, in reading and math.

To be sure, encouraging news.  Further, news I must admit I didn’t know.

As for the international test scores, which Rhee loves to recite to knock our public schools, she is obviously unaware that our nation has never had high scores on those tests. When the first international test was given in 1964, our students ranked 11th out of 12 nations.  Yet our nation went on to become the most powerful economy in the world.

I can’t resist to mention that things like economic freedom contribute to such things….

Why are our international rankings low? Our test scores are dragged down by poverty.   As the poverty level in the school rises, the scores fall.

Rhee ignores the one statistic where the United States is number one. We have the highest child poverty rate of any advanced nation in the world. Nearly 25% of our children live in poverty.

THAT is an argument that I resonate with.  Of course, when comparing scores across nations, it’s important to normalize in some way across the variable that impact performance.  And to Ms. Ravitch, poverty is just such a variable.

On the latest international test, called PISA, our schools with low poverty had scores higher than those of Japan, Finland, and other high-scoring nations. American schools in which as many as 25% of the students are poor had scores equivalent to the top-scoring nations.

When normalized on poverty, the United States performs among the top in the world.

Should this be surprising?  For me, it is.  But then again I’ve bought into the narrative that we suck.  So, taking our performance in new light…maybe it isn’t surprising.

One thing, however, I wonder if Diane Ravitch would be willing to slice the data in equivalent ways when it comes to healthcare?

Somehow I doubt it.

2 responses to “Education Reform In America: A Critique I Resonate With”