Romney: I know Why Jobs Come And Why They Go 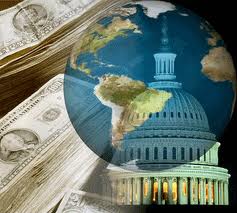 Without a doubt the main focus on the election so far has been the economy and the lack of jobs.  On one hand you have Romney claiming that he knows how business works, how the economy works.  On the other hand, you have Obama claiming that Romney simply guts American jobs while making himself wealthy.

I think it’s important to note that Obama never runs any ads claiming that HE knows how to grow jobs.

Anyway, I was going through some Obama commercials and found this one:

The point of the ad is that Romney took companies here in America and sent their jobs to other countries, countries like China and India.  The impression being that Romney doesn’t grow jobs, rather, he outsources American jobs.

It’s effective ’till you think it through, which I grant you, isn’t likely to happen considering the American electorate.

Romney claims, “I know how business works.  I know why jobs come and why they go.”  That claim is entirely truthful as it relates to his owning Bain, his restructuring companies and his sending jobs overseas.  When businessmen look at the state of the company before them, one of the things they look at is labor.  And they make a value based decision on where that labor might be better obtained.  Many many things are considered; ease of transition, cost of shipping, risk of client dissatisfaction due to hard accents, time zone difficulties and education of labor force.  And yes, included in that calculation is the tax and wage burden of the companies.

Romney knows why he sent those jobs overseas.  Because regulations and restrictions here in America make it more expensive than it has to be.  Moving work to another country is a painful and difficult decision to come by.  Making that transition is very difficult.  But no one does it because they WANT to.  They do it because business demands it.

And THAT is something that Obama hasn’t clue one about.

4 responses to “Romney: I know Why Jobs Come And Why They Go”