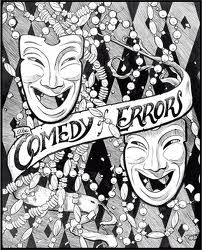 It’s not even really a question at this point anymore.  California doesn’t have any money and is losing more every year.  In fact, the situation is getting worse and not getting any better, it’s not even slowing down:

Brown said the shortfall for the state’s 2012-2013 fiscal year now stands at $16 billion, up from a previous estimate of $9.2 billion made in January.

“We are now facing a $16 billion shortfall, not the $9 billion we thought in January,” Brown announced in a video posted on YouTube. “This means we will have to go much further and make cuts far greater than I asked for at the beginning of the year.”

There’s little reason to believe that this trend isn’t going to continue.  Individuals from California earning incomes in the top 1% are delivering less and less tax revenue:

Is this because salaries are dropping for the very rich or is it because they are leaving the state?  It’s hard to say.

Whatever the reason, the top 1% are no longer the cash cow they used to be.  Going from 50% to only 37% is going to massively impact balance sheet.  But is that the only cause for California’s current condition?  Not at all.  Committed spending on public pensions is also to blame:

(Reuters) – A radical plan to slash public employee pension benefits gets voted on by the residents of Silicon Valley’s San Jose on Tuesday – a decision that could set an important precedent for many other cities, not only in California but across the nation.

The nation’s 10th-largest city is also one of the wealthiest, but over the past several years it has cut its municipal workforce by a quarter, laying off cops and firefighters, shuttering libraries and letting street repairs fall by the wayside.

The problem? Mayor Chuck Reed says it’s simple: Retiree benefit costs eat up more than a quarter of the city budget – and are growing at a double-digit rate.

So, the mayor has identified a problem specific to San Jose.  Is this systemic across California?

Public finance woes are nothing new in California. The state budget deficit stands at an estimated $15.7 billion for next year, requiring further cuts in state services and, if Governor Jerry Brown has his way, higher income and sales taxes. Local governments and school districts have struggled for years to make ends meet.

The pension problem, though, may be the mother of all budget issues – for California, for its cities and counties, and for other states and municipalities across the nation. The main California state retirement systems have a total shortfall in pension-plan funding of close to half a trillion dollars, a Stanford University study estimated. The bill is not due at once, but payments on it grow steadily and can eventually squeeze out even basic services. Public officials like Reed, and academics who have studied the issue, say the day of reckoning is nigh.

Yes.  California has created a condition that is set to consume public budgets very soon.  In efforts to pander to the unions and the public employees, the state and her cities have engaged in reckless commitments that is has no hope of meeting.  There is only one solution in sight:

The solution he is pushing at the ballot box, after city council approval, would slash benefits for workers, increase employee contributions – and almost certainly prompt a precedent-setting legal challenge from the public employee unions.

“The best metaphor is cancer,” said Reed, a Democrat known as more of a technocrat than a firebrand, who is now cast as public enemy No. 1 by public employee unions. “It started a long time ago, it goes for a long time, and then it becomes life-threatening.”

Of course that’s the solution.  California is already taxing her people so much that the freakin’ Buffalo is puking*  I don’t know how much of a leftist/statist individual Governor Brown is out there in California, but if he’s at ALL interested in fixing his state he should gaze east and look and see what a government can do as exemplified in Wisconsin.

* This is an old reference to someone who is so cheap in the days when the buffalo adorned the nickel.