Mitt Romney And The American Response To The Embassy Attacks

Like it or not, the campaign season is a time for candidates to differentiate themselves from their opponent.  Further, each candidate who is not the incumbent – in this case Romney – is going to posture himself as Presidential.  It might seem that each candidate is in a “damned if you do, damned if you don’t” position. 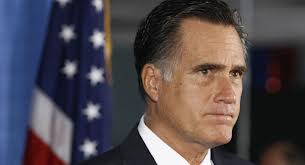 On Tuesday, September 11, two separate American embassies were attacked resulting in the deaths of 4 American’s including the American Ambassador to Libya.  Mitt Romney, attempting to demonstrate a difference between himself and Obama, used the developing situation as a foil.

At around 10:00 PM EDT Romney issues a statement:

The response that Romney was referring to?

The Embassy of the United States in Cairo condemns the continuing efforts by misguided individuals to hurt the religious feelings of Muslims – as we condemn efforts to offend believers of all religions. Today, the 11th anniversary of the September 11, 2001 terrorist attacks on the United States, Americans are honoring our patriots and those who serve our nation as the fitting response to the enemies of democracy. Respect for religious beliefs is a cornerstone of American democracy. We firmly reject the actions by those who abuse the universal right of free speech to hurt the religious beliefs of others

Was Romney right?  Is this response appropriate or not?

The answer – It depends.

It all depends on the timeline of events.  For example, I was off-line most of yesterday afternoon and only this morning woke up to the news of the attack.  Upon hearing of the Egyptian embassy release I had two thoughts:

Only later did I investigate the timeline and discovered that .  And it looks something like this:

And I think both Romney and Obama were confused by the timing of the statement.

The Politics of Cairo and Libya Attacks

It’s no secret that Romney has little if any foreign relations experience.  Obama is going to, he has to, use this in his critique of the governor.  However, most candidates for the office of President have that exact same knock against them.  This would include our sitting President Barack Obama when he was a contender just 4 years ago.  That being said, Romney is anxious to demonstrate that he has a firm grasp on matters foreign.  Enter the Mideastern violence.

To further complicate matters, Romney and Obama are not only working to manage the chaotic real time events overseas, but they are also keeping an eye on the “campaign ball.”  I feel that had both Romney and Obama been less concerned with that campaign and more concerned with providing leadership, remaining calm in a very charged circumstance and gathered all facts, neither the administration or the Romney camp issued their remarks. See, at 11:00 PM, the Obama administration distanced itself from the Cairo embassy remarks.  In fact, they mentioned that they do not represent the United States.   Here, Obama is making the same mistake Romney makes; they are confused by the timing of the statement.  Seen in the calm of day, the statement issued by Cairo are completely appropriate.  Further, adding that the statements don’t reflect the United States government only adds to the confusion coming from the United States.  If an embassy doesn’t represent the government, what is its role?

When the administration issued it’s statement on Cairo at 11:00 pm, I suspect that Romney felt more confident that the Cairo statement was issued AFTER the violence and not many hours before.  This mistake, now seen to be true, leads to his remarks that the administration is, in essence, apologizing.  I feel relatively confident that Romney was acting on facts as he thought they were and not twisting the timeline to his political favor.  However, the light of day indeed showed his statements to be inaccurate.

Notice Romney standing before a blue background framed by the American flags.  Clearly an attempt to appear Presidential.  Romney takes the tone of the gentle leader.  He’s reporting to America and is trying to show he’s present and managing the situation.

He speaks to the following:

My thoughts on his statements:

Romney made some mistakes, however, those mistakes were made by both Obama and Romney.  But his morning press interview went very well.

One last thing, Obama has a reputation for being a strong speaker.  I’ve never felt that.  I think he delivers a strong speech and can move audiences but his ability to speak succinctly in an ad hoc situation is horrible.  Notice that Romney never pauses, hhmms or haws or takes time to struggle with his next words.  He’s confident and clear in what he’s trying to say.

Comments On Obama And Boehner

The Republicans are in the process of picking their nominee. Some are crazy, some are moderate, some are forceful and others are meek. All of that’s true and just because it IS true doesn’t make the process invalid. The primary is a key process in the larger process we loosely call “Democracy”. And THAT process should be respected.

The President wants to deliver a speech. And when the President wants to do that, in front of Congress or not, we should listen and pay attention. And if we are Congress, all the more so. However, with power comes responsibility. Recently I requested meeting with…my boss’s boss’s boss. He found time on his schedule and it was set. As the day to that meeting got closer, HIS boss requested time; the same time that he had blocked for me. He could have simply told me that we had to reschedule, he didn’t. He asked.

Obama shouldn’t have scheduled this speech on a date that conflicted with the debate. After all, he picked a day more than a week away after, AFTER returning from a 10 day vacation. The time clearly wasn’t crucial. But Obama didn’t do the reasonable thing-he did the partisan thing. And when he did that, he forced the Republican’s hand. And they pushed back.

Now, back to my example. My vice president asked me if we could reschedule. Even if I hadn’t been okay with it, I was, I would’ve agreed; he’s the boss and he gets to do things, even if I don’t like those things. Boehner should have called his Congress and told them to get to DC and be in their seats at the appointed hour.

But he didn’t. He declined to meet with the President of the United States of America. And instead, offered his own new date.

The whole nation was holding its breath, waiting to ee why Obama would do. We all knew it was chumpy of Obama to schedule the speech over the debate, but that Boehner pushed back was remarkable. I’ll be the first to admit that I am not fully comfortable with power. I’m not skilled in the proper use of it. But I’m a low-level manager still learning.

Obama isn’t. He’s the ‘effin President. And he got schooled in about as bad a way as I’ve seen in a long long time.

Either way, today was the day that demonstrated, more than any other day, that Obama is in over his head. That he doesn’t know how to lead, to manage, to drive change, to innovate to take command. He simply doesn’t have the life experience to be the President.

To any reasonable American, today should have removed any doubt that this man does not deserve another term.

Obama and Bush: Compare and Contrast

I work in corporate America.  The company I work at is huge; massive.  I’m not a superstar.  I’m not an over achiever.  I’m a pretty low level manager in fact.  But – BUT I know what makes a team tick.

I know what a good manager should say and what a bad manager does say.

A good example of what I’m talking about is illustrated below.  Each man was President when a sought after criminal was captured or shot:

First take the words of Dubya:

The success of yesterday’s mission is a tribute to our men and women now serving in Iraq . The operation was based on the superb work of intelligence analysts who found the dictator’s footprints in a vast country. The operation was carried out with skill and precision by a brave fighting force.  Our servicemen and women and our coalition allies have faced many dangers in the hunt for members of the fallen regime, and in their effort to bring hope and freedom to the Iraqi people. Their work continues, and so do the risks. Today, on behalf of the nation, I thank the members of our Armed Forces and I congratulate ’em.

And the compare them to the words of Obama:

And so shortly after taking office, I directed Leon Panetta, the director of the CIA, to make the killing or capture of bin Laden the top priority of our war against al Qaeda, even as we continued our broader efforts to disrupt, dismantle, and defeat his network. Then, last August, after years of painstaking work by our intelligence community, I was briefed on a possible lead to bin Laden. It was far from certain, and it took many months to run this thread to ground. I met repeatedly with my national security team as we developed more information about the possibility that we had located bin Laden hiding within a compound deep inside of Pakistan . And finally, last week, I determined that we had enough intelligence to take action, and authorized an operation to get Osama bin Laden and bring him to justice. Today, at my direction, the United States launched a targeted operation against that compound in Abbottabad , Pakistan .

I’m not sure you can sum up the effectiveness of a Presidency in so few words, but you can get a hint at the style of the man.

Go ahead – read it again.

You’ll begin to see the difference between a man comfortable in his role as leader and a man who isn’t sure; is running scared.

And that’s my point.

My Take On Libya

We’re pushing two weeks now in the US involvement in Libya.  I’ve tried to resist from commenting on the situation because I really wanted to make sure my opinion was more my thoughts and feelings rather than a partisan message surrounding Obama.

I’m not going to get into the constitutionality of what took place.  I’m convinced that either:

Either way, we’re over there and involved.  For better or for worse.