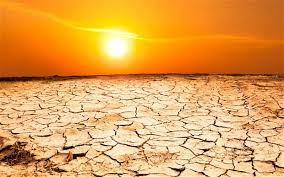 Recent rains in California may not really be helping the dry conditions very much – in some cases the flooding may be causing more harm than good.

Anyway, reading some of the coverage, I’m struck by:

The harm caused by the severe drought in California [“California’s lasting drought threatens family farmers,” news, Feb. 10] has been exacerbated by bad policy. For decades, the federal government has heavily subsidized water in the state, particularly for crop irrigation. Artificially low water prices have encouraged overconsumption and planting in dry areas where farming is inefficient and environmentally unsound.

Federal farm subsidies have made these problems worse by boosting demand for irrigation water and encouraging farmers to bring marginal lands into production.

I know that I have a tendency to over simplify complex issues, but … It’s really hard to imagine that making water cheap will lead to over demand of water.

For example, what if this:

Ending farm subsidies while moving toward market pricing of water would help solve recurring water shortages in California and elsewhere in the West.

Would lead to this:

The drought, combined with continued protections for endangered species, has forced farmers to find alternatives. Most farmers have already switched to drip irrigation, which is much more efficient than the flood irrigation technique used when water was plentiful.

More expensive water, forcing farmers to conserve water, wouldn’t solve a drought, to be sure.  But it certainly would allow the existing water to stretch further than it otherwise would.