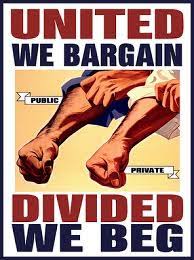 The UAW is in its death thralls.  Membership is down dramatically and it needs a new source of membership; enter the southern manufacturing states.

Labor leaders say a “yes” vote is critical to the union’s long-term prospects. If successful, this would be the first victory for organized labor inside a foreign automaker’s U.S. operations in the South.

For the UAW to grow, it must make inroads with foreign manufacturers with plants in the United States; most of those operate in the South. A “yes” vote in Chattanooga could provide momentum for organizing at a Mercedes-Benz plant in Alabama, a BMW plant in South Carolina and possibly a Nissan plant in Mississippi.

The vote was last night – and the results?

CHATTANOOGA, Tenn. — In a defeat for organized labor in the South, employees at the Volkswagen plant here voted 712 to 626 against joining the United Automobile Workers.

The union lost a massive vote and much, if not all, of its momentum in trying to unionize the south.

There is no question that unions in here in the United States are nothing more than fronts for, and the fundraising arm of, the democrat party.  Everyone from the NEA to the UAW to the SEIU do nothing more than funnel campaign money into democrat candidate’s election efforts.

For examples of the relationship, look no further than the Obama administration’s cozy relationship with these groups, the exemptions granted under Obamacare and the absolute stunning ruling on the Boeing plant in South Carolina.

What does this add up to?  A power play to be sure:

“We’re obviously deeply disappointed,” said Bob King, the U.A.W.’s president at a news conference. “We’re also outraged by the outside interference,” he added, noting that a United States senator, Tennessee’s governor and various leaders of the state legislature attacked his union’s efforts.

Mr. King said he thought the pressures from Tennessee’s politicians were what swung the election. Last fall, the union said a majority of the plant’s workers had signed cards saying they favored joining the U.A.W.

“We’ll look at our legal options over the next few days,” he said, presumably meaning the union might consider filing a complaint with the N.L.R.B. about improper actions to influence how workers voted.

This isn’t so subtle code for, “We’ll use the force of corruption in DC to overturn the vote of employees.”

By the way, notice the wistful wishing of unions across America:

Last fall, the union said a majority of the plant’s workers had signed cards saying they favored joining the U.A.W.

Card check is a method whereby employees sign a card expressing their desire to form a union.  The difference between card check and secret ballot?

The vote in Tennessee is a great one.  It represents a victory for the American worker and a way of life that recognizes excellence and ingenuity, innovation and hard work.  The vote rejects cronyism, intimidation and political corruption.

12 responses to “Union Defeat In Chattanooga”