Death Of A Teacher’s Union 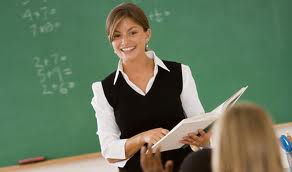 I absolutely love Love LOVE this turn of events:

The union representing Kenosha teachers has been decertified and may not bargain base wages with the district.

Because unions are limited in what they can do even if they are certified, the new status of Kenosha’s teachers union — just like the decertification of many other teachers unions in the state that did not or could not pursue the steps necessary to maintain certification in the new era of Act 10 — may be a moral blow more than anything else.

To continue as the recognized bargaining unit in the district, 51% of the union’s eligible membership must vote in favor of recertification, according to the controversial Act 10 legislation passed in 2011.

With contracts that were in place through the end of June, teachers in the three large southeastern Wisconsin districts were protected the longest from the new legislation, which limits collective bargaining, requires unions to hold annual votes to be recognized as official entities, and mandates that teachers and other public employees pay more out-of-pocket for their health care and retirement costs.

Christina Brey, speaking for the Wisconsin Education Association Council, downplayed recertification, calling it just another hoop for local unions to jump through.

Unions can exist without certification, but they cannot bargain for limited base-wage increases with the district. And there are fees involved with chasing recertification.

“It seems like the majority of our affiliates in the state aren’t seeking recertification, so I don’t think the KEA is an outlier or unique in this,” Brey said.

It’s long past time that we recognize that unions across America are nothing more than power grabs and democrat fundraising machines.

This entry was posted in Education, Liberty and tagged Teacher Unions, Unions. Bookmark the permalink.

2 responses to “Death Of A Teacher’s Union”