On Hate And War 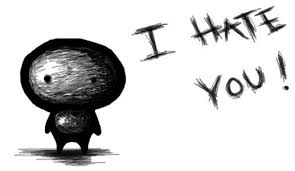 Here in North Carolina the republican party has a super majority as well as the governor’s mansion.  In fact, even when the governor has felt that the party has gone too far, he’s vetoed a bill.  Or two.

And still the senate and house override the veto.

What we here from the left is the very predictable frustration of living under a super majority rule.  And, in only some cases, I can resonate with them.  After all, if it wasn’t for super majority, the Obamacare fiasco wouldn’t be taking place as we speak.

However, when it comes to policy differences, it really bothers me that people here in North Carolina, and across the country to be honest, take the position that just because I might disagree with specific legislation than “the democrat” that:

And you can substitute any group or element of society and get the same message.  Think education, women, children, minorities, elderly or any other group that can tug on heart strings.

And now that I think of it, it doesn’t just bother me, it insults me.  I have a firm belief that each of us has amoral responsibility to care for our fellow man.  That society is strengthened on the idea that should one of us stumble, those of us capable will carry the burden.

However, the morality in that action comes from the voluntary aspect of it.  The very act of sacrificing for the common good is the notion that the sacrifice is free and voluntary.

So when I say that I support programs that reach out to the most vulnerable folks in society, I am NOT speaking of programs that force one person to contribute to what I feel is my version of the best good.

I find it noble and of morality to contribute to my neighbors relief.  I find no such nobility or morality in forcing you to do the same.

So enough of this “War on Puppies” or “Conservatives Hate Kittens”.  Air your concerns in the public square and take what comes.

2 responses to “On Hate And War”