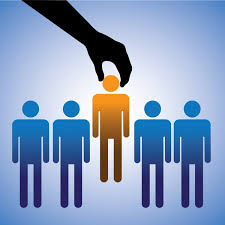 Just this afternoon I profiled an individual in my neighborhood.

I know most of the people on my street.  To be sure, not by name but by demographic; age, sex, race, sex and such.  I know if someone I see is a member of that street or not.  Further, I know most of their habits and activities; schools, sports, walking or biking – things that they do when I see them.

Coming into my driveway I noticed a kid – 16 to 19- sitting on one of the utilities facility boxes, you know, those green things for the phone or cable company?  No one that age lives within 15 houses either way.  No one I know of in that age isn’t in school or in some activity that time of day.  I’ve never seen a kid smoking a cigarette while walking around the neighborhood.

Or sitting on a utility box on someone else’s property.

It’s 85-90 today here in Raleigh.  The kid was overdressed in cargo pants and a sweatshirt, though no hoodie.

I walked to the end of my driveway, directly approaching him – the box is right across the street from me- and looked him straight in the eye as I approached.  He kept my gaze without blinking.

I got my mail and walked back.

From my windows I watched him finish his smoke, get up and walk away.  I then followed him until he turned the corner.

I did not call 9-1-1 or engage him.  But I followed him.  And I have zero neighborhood watch training.  And if I wanna watch a kid whom I have never seen acting in a way and manner inconsistent with kids in my neighborhood I’m gonna watch him.  And make note of him.

And any claim that I “don’t need to follow him” will be met with a gigantic FU.

By the way.  The boy was white with striking blue eyes; like a Siberian Husky.

This entry was posted in Economics, Life, Race and tagged Profiling, Racial Profiling. Bookmark the permalink.