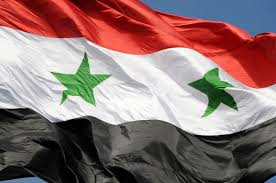 5 responses to “Musings On Syria”