On The Basis Of Race 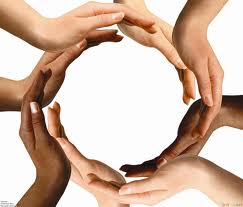 It was only a matter of time before someone realized that being white was to be a numerical minority in the United States.  And since we have minority organizations in every corner of our society, it only makes sense that this was to happen:

Freshman Patrick Sharp says he started the club so that students of European and Euro-American descent can celebrate their shared history and culture. He said members can also discuss issues that affect white people, such as immigration and affirmative action.

This brings me to one of my main points in racial conversations.  If we want to eradicate the differences among the races, perhaps we should listen to Chief Justice:

The other point I make when discussing culture and history is that I have no sense of German or Swedish history, culture or roots.  I have no idea from which region of either country my family is from.  I have no idea how the governments of either are formed.  I do not know anything regarding either of these places.

My mother, whose father stepped off the boat at Ellis Island, knows that she is German but only has a sense of America as her home and native country.  She grew up speaking English, reading American history and when the Olympics were on, pulled for the Americans.  It’s the American National Anthem that stirs her, not the German Anthem.

If it sounds silly that Mr. Sharp wants to celebrate his European culture, then why would it not be as equally silly to celebrate an individuals Mexican culture, or Arab or African?

But think on these words:

“If we are already minorities on campus and are soon to be minorities in this country why wouldn’t we have the right to advocate for ourselves and have a club just like every other minority?” Sharp, 18, said “Why is it when a white person say he is proud to be white he’s shunned as a racist?”

10 responses to “On The Basis Of Race”