Bombing Suspect: The Hopes of the Left

A day after the tragedy in Boston, David Sirota summed up the collective hopes and prayers of the left:

Let’s hope the Boston Marathon bomber is a white American

In a way and manner, I guess I’m glad he’s honest enough to admit what the collective is feeling.  However, why does he think this?

Likewise, in the context of terrorist attacks, such privilege means white non-Islamic terrorists are typically portrayed not as representative of whole groups or ideologies, but as “lone wolf” threats to be dealt with as isolated law enforcement matters. Meanwhile, non-white or developing-world terrorism suspects are often reflexively portrayed as representative of larger conspiracies, ideologies and religions that must be dealt with as systemic threats — the kind potentially requiring everything from law enforcement action to military operations to civil liberties legislation to foreign policy shifts.

This is utter bullshit.

The reason that the United States treats different groups who engage in terrorism differently is not because of where the person comes from or what religion they are, it’s because of how that society deals with the terrorist.  Here in America we kill them.  In other nations, they harbor them and give them asylum.  THAT is the difference.

And if you’re not convinced of that, consider how the United States has treated these two guys: 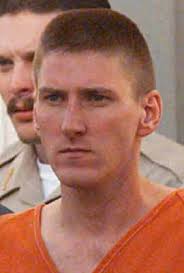 And then this guy:

In one case, the guy is executed.  In the other, the guys isn’t even accused of terrorism.