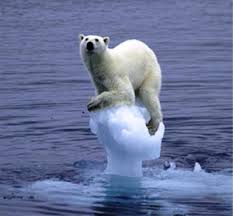 One of the problems with the global warming argument is that the methods of measuring temperatures aren’t accurate; they fail to take into account non-green house gas types of warming.

For example blue bird filled meadow is much cooler than the parking lot that replaces it.  This is neatly demonstrated by a local Graduate student:

Raleigh, N.C. — Research by a North Carolina State University graduate student has pinpointed Raleigh’s hottest locations, and she says they could be problematic for some area trees.

Emily Meineke, who is studying entomology, is examining the effect of temperatures on scale insects, parasites that feed on trees and plants. She placed small thermometers in trees throughout Raleigh and used their readings to produce a map of so-called “heat islands,” areas that stayed warmer longer.

Meineke said roads, parking lots and buildings “trap heat during the day and release that heat during the night time,” producing the heat islands. The temperature differences can be huge, she said.

“In some places, the air temperature is about 10 degrees hotter,” she said.

The problem could spread to trees in rural areas and forests as the overall climate warms, she said.

This entry was posted in Climate Change and tagged Heat Islands, North Carolina. Bookmark the permalink.