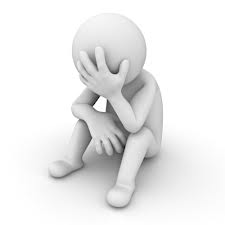 Could it get worse than that?

Anyway, turns out that France is trying to induce business to invest in France.  And one of the areas is in tire manufacturing:

French Industry Minister Arnaud Montebourg had asked the U.S. mogul [Maurice Taylor of Titan] to take over a Goodyear tire factory that is due to close.

The factory is located in Amiens in France’s industrial heartland, 75 miles north of Paris. Goodyear Tire & Rubber company reported in January that it will close the unprofitable plant, putting around 1,000 workers out of jobs.

I’m gonna go out on a limb here and guess that the French factory is full of union workers, that they are wonderfully unproductive and THAT is the reason why the plant is:

“How stupid do you think we are?” wrote Maurice Taylor, in a letter to French Industry Minister Arnaud Montebourg, obtained by French business newspaper Les Echos on Wednesday.

“I have visited that factory a couple of times. The French workforce gets paid high wages, but works only three hours. They get one hour for breaks and lunch, talk for three and work for three hours,” he wrote.

“I told this to the French union workers to their faces. They told me that’s the French way!”

“Titan is going to buy a Chinese tire company or an Indian one, pay less than one Euro per hour wage and ship all the tires France needs,” he wrote. “You can keep the so-called workers. Titan has no interest in the Amiens North factory.”

Yup.  Sounds about right to me.

This entry was posted in Economics, Idiots on Parade and tagged France, Unions. Bookmark the permalink.