How Does The Minimum Wage Help Those It Intends To Help 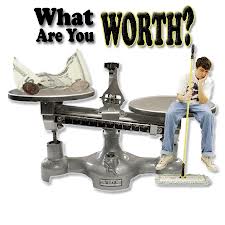 I started blogging after the last minimum wage legislation was proposed, debated, voted on and then passed.  So I missed the massive onslaught of economic debate surrounding it.  However, I have certainly enjoyed reading this round.

What I do remember reading from the debate as the wage was being implemented was that unemployment rates for certain “at risk” groups was increasing.  This struck me as somewhat disingenuous due to the fact that the minimum wage was being uplifted right in the teeth of the recession.  However, Mark Perry at Carpe Diem posted data that showed what I was beginning to think.  Mainly, how much worse was it for those groups than for the population as a whole?

The concept is “Excess Unemployment” and is described as taking the difference between the unemployment rate for the general public and the group being described.  However, even this statistic understates the impact because these groups contribute to the rate in general.  A better metric would be to show the difference of the group and then the public at large without that group influencing the number.  Further understating the data is the fact that we include states and cities that already have wages set HIGHER than the federal minimum wage.  Taking those locales into account would only make the data all the more striking.

So, which groups are likely “targets” of the minimum wage?  Young workers, black workers and undereducated workers.  Here is the devastating impact for each:

The data is showing excess unemployment for employees 16 years of age to 19.

Now, to those employees who are black:

Honest to God.  If you wanted to craft a policy that would hurt the most vulnerable among us could you think of one that would gather as much support and be so accepted as the minimum wage?

This entry was posted in Economics, Politics: National and tagged Minimum Wage. Bookmark the permalink.