Now That Would Have Been Some Useful Nuance Two Months Ago 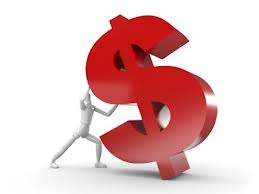 A significant aspect to the Presidential campaign was how each candidate planned on reducing the deficit and addressing the fiscals woes of the nation.

Romney rolled out a plan based on rate reductions and deduction eliminations.  Romney was short of specifics; when working with a divided senate and house, the bill delivered may not contain the exact details promised on the trail.

He was ridiculed as being vague and without a clue.

Now NPR is reporting on a method to raise revenues in order to meet the President’s goal.  A method suggested by none other than one Mitt Romney:

That’s a tall order. One approach that was suggested by Mitt Romney during the campaign, and endorsed by the Wall Street Journal‘s editorial page last week, is to cap tax deductions at a specific dollar level. The nonpartisan Tax Policy Center has analyzed the idea. Its co-director, Donald Marron, says capping deductions for all taxpayers at $17,000 could produce $1.7 trillion in revenue over 10 years. That would meet the president’s dollar goal.

To be fair, there is a problem with that approach:

“That would get to the president’s revenue target, but obviously it would violate his desire not to raise taxes on people below the top 2 percent,” he says.

Even raising the limit would still put Obama at odds with his promise:

If you push that cap on deductions higher, let’s say, up to $25,000, you could meet that $1 trillion revenue target. But you still don’t eliminate the political problem, because around a quarter of the added tax burden would still fall on the middle-class taxpayers the president has pledged to protect.

In the continuation of fairness, Romney’s plan would have lost revenue on that rate reduction; a loss that he claims would have been made up by an expansion of the economy.

Whatever, it would have been refreshing to have had this open and honest discussion regarding Romney’s plan back when Romney was viable.  The man knows finance; he knows what businessmen like and what they don’t.  He knows why they invest and when.

I guess if America can benefit by his wisdom, even with the Statist in Chief in office, we;re better off for it.