How Accurate Are The Polls

Crunch time is right around the corner.  Soon September will give way to October and then it’s only one month until the election.  I don’t think we can call it over, but the polls are certainly pointing to the end of the horse race. 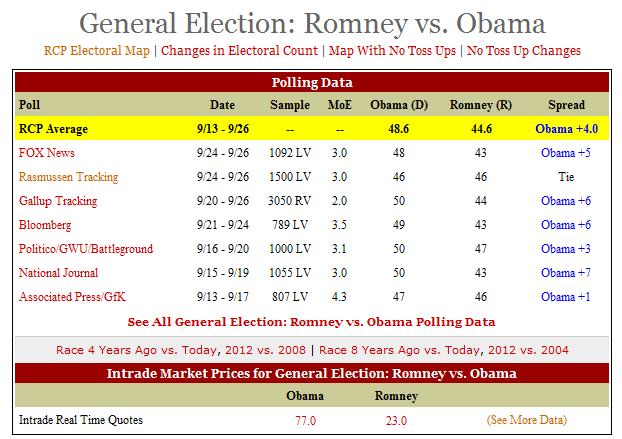 Are The Polls Correct

This, of course, is the $20,000 question.  With all of the polling coming in right now the question that’s burning up the inter-tubes is this:

Are the polls telling the right story or are they just pulling for Obama?

I tend to believe two things:

Okay, so that’s three, but still.  I do think that people who conduct polls are human, that as humans they are subject to their tribalism and yet still they try to remain objective.  I simply don’t believe that these pollsters are in cahoots with one another in order to bring about an Obama 2nd term.

Of all the major polling outfits, only Rasmussen has Romney ahead or even close.  Every other poll is showing Obama up slightly or even by 7.  So, is Rasmussen overly partisan or do they have a secret?

I thought I’d check out how close they were last year: 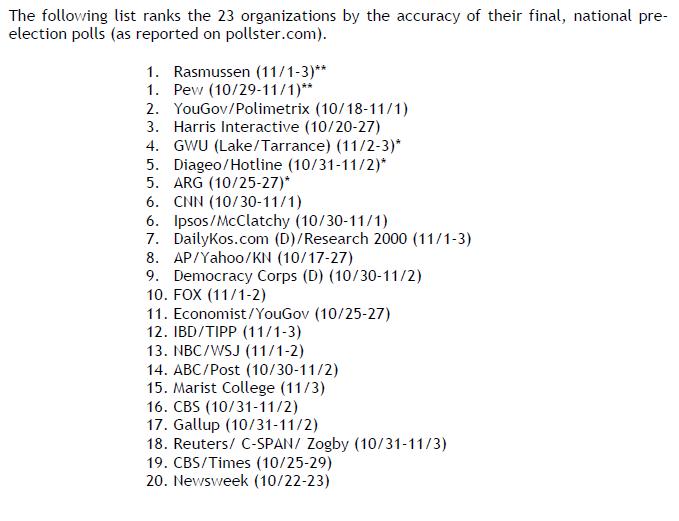 A professor at Fordham University went back and checked.  Of the 23 polls conducted only two were wight on the money; Pew and – you guessed it – Rasmussen.  Whatever those folks are doing over there, agree or not, they did a heck of a job last time around.

And even more than that, the 3 polls that over estimated the republican ticket were still in the top 7.

Instead of arguing that Rasmussen is too far off on the Romney side I’d make the argument that the other polls are further off on the Obama side.

19 responses to “How Accurate Are The Polls”