Austerity In The EU: Myth? 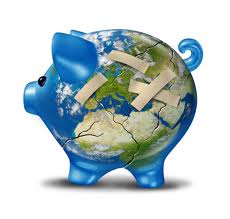 All we hear from the left is that austerity programs in Europe are causing the continued problems over there.  I posted on Monday that the austerity” the left is bemoaning doesn’t exist:

You have to look at 2011 and especially2012, you’re only going through January 2010, that’s before talk of austerity budgets really took hold. Hollande was talking about real aspects of the EU pact and Sarkozy’s plans — none of that is captured in data that go through January 2010.

So, in order to dig deeper, I’ve gone and found data for the entire EU, in Euros though 2011.

And the new data doesn’t change the point I made earlier in the week.

The obvious subject of the post was France, what with the new President-elect.  So let’s begin there:

Austerity?  None.  Not one drip of austerity.  Let’s look at the last 10 years:

France has experienced no austerity.  Not even one little bit.  Every year since 1990, the French government has grown. 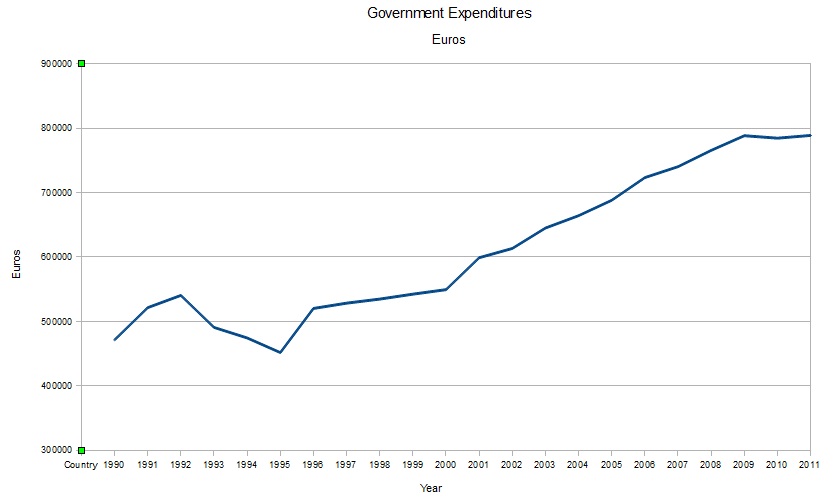 Almost the exact same story, but with one difference.  In 2010 Italy actually reduced the size of government, but they erased those gains in 2011 and increased spending.

The fact is that the European “austerity” is a myth.  Only a select number of nations are reducing the spend of government and even then, only for a single year.

This entry was posted in Debt - Deficit, Economics, Politics: International and tagged Austerity. Bookmark the permalink.