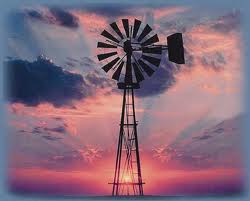 For example, we build wind farms.  And we ignore the fact that these wind turbines are killing birds at an alarming pace.  And now we learn that the wind farms, built to reduce the impact of global warming, in fact, causes global warming:

Wind turbines could warm local climates up to ten times faster than the natural rate, a study has shown.

Air temperatures around four of the world’s largest wind farms have increased by up to 0.72C in a decade, researchers have found.

In contrast, Earth’s average temperature has warmed by only 0.8C since 1900.

As more wind farms are built, temperature increases may have a long-term impact on wildlife and regional weather patterns, with experts warning that the effects from large farms could alter wind and rainfall patterns.

Scientists at the State University of New York at Albany studied satellite data of the areas around the wind farms, in Texas, from 2003 to 2011.

Publishing their findings in the scientific journal Nature, they said: ‘We attribute this warming primarily to wind farms.

I suspect the movement will ignore this information.  If they cared about things like the environment and the animals that lived in it, they would speak out against the killing of the birds, but they don’t.  I’ll bet they’ll just move right along.