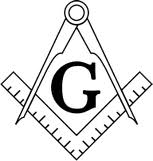 The tenants of a Master Mason.

In a world so eager to differentiate one from another based on politics or faith is it any wonder that we see war and conflict all around the globe?  Where we see walls rather than bridges?

It is with no small amount of honor and satisfaction that in a region dominated by the differences of Arab and Jew we see the peaceful association and love and admiration from one to another in a Free Mason’s lodge:

A Greek Orthodox Palestinian Arab, Nadim Mansour, has been installed in Tel Aviv as Grand Master of the Grand Lodge of the State of Israel, a position he will hold until 2013.
Israel has had two previous Palestinian Arab Grand Masters – Yakob Nazee (1933-1940) and Jamil Shalhoub (1981-1982).
Nadim Mansour, who was born in Haifa but moved to Acre aged five, was initiated – as a Lewis – into Lodge Akko in 1971, of which his father Elias was a founder, and in 1980 became its Master. He also has the rank of 33rd Degree in the Ancient and Accepted Rite.
Currently, the Grand Lodge has about 1,200 members in 56 lodges, working in ten languages – Hebrew, Arabic, English, French, Hungarian, Rumanian, Turkish, Russian, German and Spanish – and five different religions.

As the governments of the region prepare for war, Free Masons continue to do what they always do, rejoice in the sublime existence of a love between one brother and another.

It will not be until the world can follow the example f the gentle Mason and leave the differences of the profane world outside the door of the temple and agree that all man can find reason TO agree.