Of Honor, Tradition And Things Cool 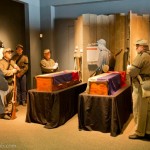 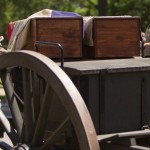 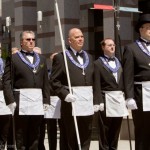 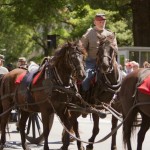 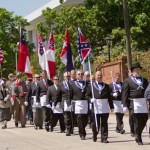 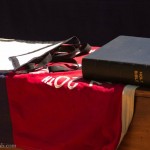 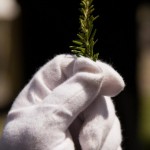 During the Civil War a family here in Raleigh lost several brothers.  They were buried and then…lost.  They were buried in graves marked with headstone and forget.  As urban sprawl sprawled, they were forgotten and lost.  Until recently:

Brothers Joel and Joseph Holleman died and were buried in 1862, but their remains were unearthed in Raleigh last month by development. Excavation near PNC Arena turned up the brothers’ bones.

On Saturday morning, the two men rested under honor guard at the North Carolina Museum of History.

A horse-drawn artillery caisson bore them to Oakwood Cemetery where the North Carolina Division of Sons of Confederate Veterans buried them with a military and Masonic service.

One of the men was a Mason; he received a full Masonic funeral.  I wish that I had known this was taking place; I’da tried to go.

In the photos you can see North Carolina Masons marching in procession, accompanying their fallen Brother.  A lambskin apron is resting on the alter, presumably to be placed upon the coffin which shall contain his earthly remains, and with them laid beneath the silent clods of the valley.  Finally you see a Mason holding a sprig of Acacia; the symbol to Masons that we are all walking through our probationary state to be reunited again with the Supreme Architect of the Universe in that temple not made with hands, eternal in the heavens.

I’m a sucker for pomp and circumstance; ritual and tradition.  This is good stuff today.