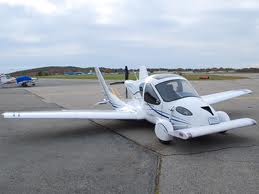 It’s election time; its time to look at what people say they’ll do and what people have done.  Much of the focus so far has been on the Republicans.  No surprise there, they have a primary and the President doesn’t.  So far, the President has been able to stay out of the election games.  However, it IS coming up and we are starting to see some of the first messages.  And one of them is going to the auto-bailout.

I was over at Mo’s place for awhile tonight when I came across her post on an interesting perspective of that auto-bailout:

An op-ed in today’s Times from Steve Rattner, who served as lead advisor on the 2009 Auto Task Force. He is, however, a Democrat so my conservative friends are free to disagree with every word.

Alas, Mo knows conservatives!  So I went to see what Mr. Rattner had to say:

I know this because the administration’s auto task force, for which I was the lead adviser, spoke diligently to all conceivable providers of funds, and not one had the slightest interest in financing those companies on any terms. If Mr. Romney disagrees, he should come forward with specific names of willing investors in place of empty rhetoric. I predict that he won’t be able to, because there aren’t any.

Without government financing — initiated by President George W. Bush in December 2008 — the two companies would not have been able to pursue Chapter 11 reorganization. Instead they would have been forced to cease production, close their doors and lay off virtually all workers once their coffers ran dry.

Those shutdowns would have reverberated through the entire auto sector, causing innumerable suppliers almost immediately to stop operating too.

Is this true?  Could it be possible that there wasn’t an investor willing to buy the assets of either or both?  No.

To understand why GM was an obvious candidate for Chapter 11 re-organization (rather than liquidation), it is important to start with the fundamental issue facing any firm filing for bankruptcy — the question of whether it is “economically failed” or simply in “financial distress.” In deciding between the two, one considers whether it would be most efficient to continue to deploy the company’s assets — its financial, physical, and human capital — by re-organizing, or instead to liquidate the company and allow those assets to be redeployed elsewhere in the economy. For example, if a typewriter manufacturer were to file for bankruptcy today, it likely would be considered an economically failed enterprise: The market for typewriters is small and shrinking, and the manufacturer’s financial, physical, and human capital would probably be better used elsewhere (perhaps in making computers). A financially distressed enterprise, on the other hand, is worth more alive than dead: It may have fallen on hard times — the result of mismanagement or an economic downturn, perhaps — but still provides a product or service that is in demand (and so could someday make for a thriving firm). Through the use of Chapter 11, such a company can continue to operate while re-organizing to get out from under its debts.

But do we have examples of this in any other large industry?  Examples where really bug companies, even sectors, have failed, went through bankruptcy and continued to operate without losses that reverberated throughout the entire sector? Yup.

We do know, however, what happened to the airlines that went through bankruptcy. Their planes kept flying, and pilots, mechanics and flight attendants reported to work, even if there were fewer of them.

Over the past decade, no industry has had worse breaks than the airlines. They took a huge hit from 9/11. They have been buffeted by fuel prices. The TSA’s intrusive airport screening angered passengers. Furthermore, the airline industry is cyclical; it suffers disproportionately from economic downturns.

Compared to the airlines, GM has had a cake walk.

Indeed, four major airlines filed for Chapter 11 bankruptcy after 9/11 (US Air and United in 2002; Northwest and Delta in 2005). Each company was restructured by a bankruptcy court according to the rule of law. In each case, creditors took haircuts and employees lost jobs and agreed to concessions in wages and work conditions. Each airline emerged from bankruptcy and continued to operate as a going concern.

No airplanes fell from the sky, no passengers were stranded in Kalamazoo and no bailout of the industry was required.  Cars are different than planes.  But Chapter 11 is Chapter 11 plain and simple.